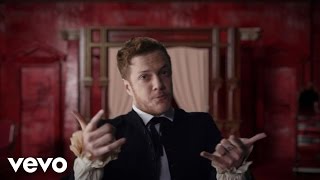 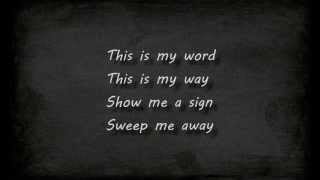 Personnel: Dan Reynolds (vocals); Wayne Sermon (guitar); Daniel Platzman (drums).
Recording information: A Ginger's Domain Studio; A Mean Rigid Song Studio; Adorning Images Studio; Amigos in Danger Studio; Damaging Senior Studio; Ego and a Grim Sin Studio; Gained Organism Studio; God is in a Manger Studio; Gonad Migraines Studio; Indigo Managers Studio; No Dream is Aging Studio; Ragged Minion's Studio.
Photographer: Eliot Lee Hazel.
Conspicuously absent from the laundry list of influences the Imagine Dragons so often cite is the Killers, the only other Las Vegas rock band of note. Imagine Dragons downplay the glamour the Killers found so alluring but they share a taste for the overblown, something that comes to full fruition on their second album, Smoke + Mirrors. Bigger and bolder than 2012's Night Visions, Smoke + Mirrors captures a band so intoxicated with their sudden surprise success that they've decided to indulge in every excess. They ratchet up their signature stomp -- it's there on "I Bet My Life," the first single and a song that's meant to reassure fans that they're not going to get something different the second time around -- but they've also wisely decided to broaden their horizons, seizing the possibilities offered by fellow arena rockers Coldplay and Black Keys. Despite the bloozy bluster of "I'm So Sorry" -- a Black Keys number stripped of any sense of R&B groove -- the group usually favors the sky-scraping sentiment of Coldplay, but where Chris Martin's crew often seems pious, there's a genial bros-next-door quality to Imagine Dragons that deflates their grandiosity. Certainly, Smoke + Mirrors is rock so large it's cavernous -- the reverb nearly functions as a fifth instrument in the band -- but the group's straight-faced commitment to the patently ridiculous has its charm, particularly because they possess no sense of pretension. This separates ID from the Killers, who never met a big idea they didn't like. Imagine Dragons like big sounds and big emotions -- and, if they can muster it, big hooks -- and the commitment to style over substance gives them ingratiating charm, particularly when they decide to thread in slight elements of EDM on "Shots" (something that surfaces on the title track as well), or Vampire Weekend's worldbeat flirtations on "Summer." Imagine Dragons purposefully cobble their sound together from these heavy-hitters of alt-rock, straightening them into something easily digestible for the masses but, like so many commercially minded combos, how they assemble these familiar pieces often results in pleasingly odd combinations. These guys are shameless and that's what makes them more fun than your average arena rockers. ~ Stephen Thomas Erlewine