Above the Rim R 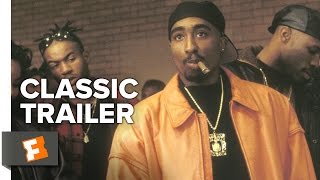 Inner city basketball players give it everything they've got in a local tournament to get out of the 'hood.'

Ambitious high school senior Kyle-Lee has a lot going on in his life. Not only is he anxiously waiting to hear from Georgetown about his college basketball scholarship, he's also dealing with the demands of a strict coach who doesn't want him hanging in the 'hood. Then there's his mother's new relationship with a security guard, which Kyle doesn't appreciate. To top it all off, his good friend Birdie -- a neighborhood gangster -- wants to know why Kyle won't hang out anymore. Hopefully, things will work out for the troubled teen, but only if he keeps his eyes on the prize.

Friday After Next
$6 Super Savings
Add to Cart