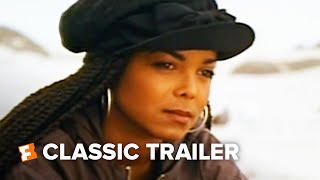 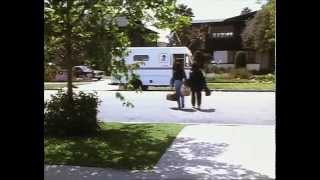 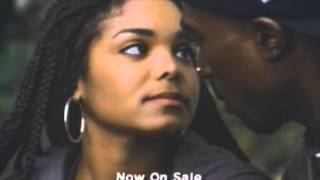 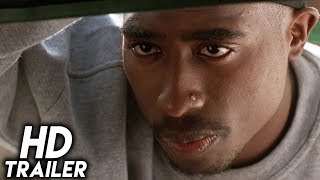 A mismatched pair pushed together on a road trip from South Central L.A. to Oakland, Justice (Jackson) and Lucky (Tupac Shakur) have only one thing in common: they can't stand each other. But as their friends Lesha and Chicago (Regina King and Joe Torry) fight - and make up - in the back of the van, Justice and Lucky find themselves reluctantly drawn together. After a surprising detour toward romance, the two travelers are confronted once again by the shocking violence they thought they'd left behind. Featuring the music of Naughty by Nature and Tony! Toni! Tone! and the poetry of Maya Angelou, Poetic Justice is every bit as intense, original and unforgettable as Boyz N The Hood.

Pop princess Janet Jackson plays Justice, a hairdresser and poet living in South Central Los Angeles, in the second film from director John Singleton. Justice saw her first love killed over a gang grudge, and ever since she's been aloof and lonely. She agrees to go on a road trip with her friend, and meets Lucky (Tupac Shakur), a love-struck mailman who soon finds that Justice will not be easily won over. As they discover that they have ideas about life in common, Justice feels that she is not as alone as she had thought.

After the phenomenal success of BOYZ N THE HOOD, John Singleton surprised his fans by making a film that is part love story, part road movie, and part character study of a sensitive poet. Nevertheless, Singleton sees the movie as the second installment in a trilogy about South Central Los Angeles. The heroine, Justice (Janet Jackson), is a young woman in mourning for the boyfriend she lost to gang violence. Her friend Iesha (Regina King) persuades her to go on a trip to Oakland with mailmen Chicago and Lucky. Lucky (Tupac Shakur) and Justice don't take to each other at first--she doesn't want to get hurt again and he has his pride--but their journey into the world outside the 'hood proves liberating for both. Singleton lets the serious issues he'd previously dealt with explicitly serve as background this time, which makes them all the more powerful, since for these characters, drugs, teenage pregnancy, and gang violence exist as a daily reality. Janet Jackson's soulful look convinces us that she has the world on her shoulders; throughout the film she reads her poetry (actually written by Maya Angelou) in voiceover.