Entertainment Weekly: "With its blues-guitar vamps, harmonica wails and Willie Dixon remake, 1967's SINGS THE BLUES lives up to its title." 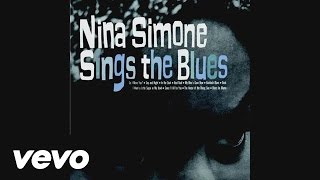 Nina Simone - Do I Move You (Audio) (Music Video) 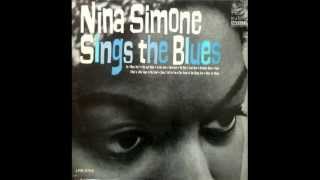 Entertainment Weekly - p.68
"With its blues-guitar vamps, harmonica wails and Willie Dixon remake, 1967's SINGS THE BLUES lives up to its title."
Q - p.125
4 stars out of 5 -- "This woman was the blues incarnate, her voice a nicotine burr spread across velvet softness."

Originally released in 1967, SINGS THE BLUES marks the beginning of Nina Simone's tenure on the RCA label. True to its title, the album is steeped in the blues, with Simone's passionate vocals and nuanced piano lines evoking a beautifully bittersweet world of sultry love and inevitable heartache. Backed on many tracks by an ensemble that's intuitive enough to play it loose, Simone settles into a deep groove on songs such as the stirring "Do I Move You?" and the slowburning "In the Dark," while getting lightly funky on "Day and Night." The record's showstopper, however, is a haunting solo rendition of "My Man's Gone Now," one of the most powerful versions of the Gershwin classic ever recorded. A fascinating snapshot of the legendary performer, SINGS THE BLUES is an essential Simone album.