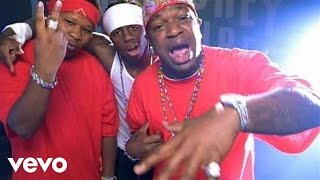 Producers include: Mannie Fresh, Massive, Livin Proof, Stormy Day, Pimp C.
New Orleans' Cash Money crew took the hip-hop industry by storm with their Southern-influenced ghetto-inspired music; with BALLER BLOCKIN', they take it to the big screen. The soundtrack to their first movie is yet another bouncing, hit-packed collection.
Juvenile, Lil' Wayne, B.G., Turk, and The Big Tymers, who also make appearances in the film, all contribute here. With its Mannie Fresh-produced score, BALLER BLOCKIN' both fleshes out the movie's backdrop and exists independently of it, in the best tradition of albums such as Curtis Mayfield's SUPERFLY. The somber-sounding "Thugged Out" is Cash Money's individual spin on a hustler's lifestyle, while on "Baller Block," the Cash Money Millionaires make it clear that they can't be stopped. But you already knew that.

Sno
Year Round
$10
Add to Cart