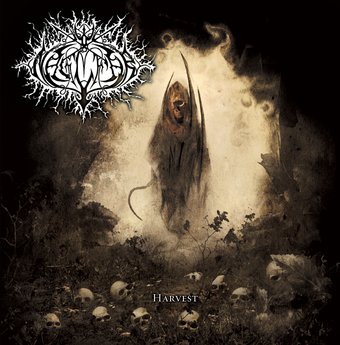 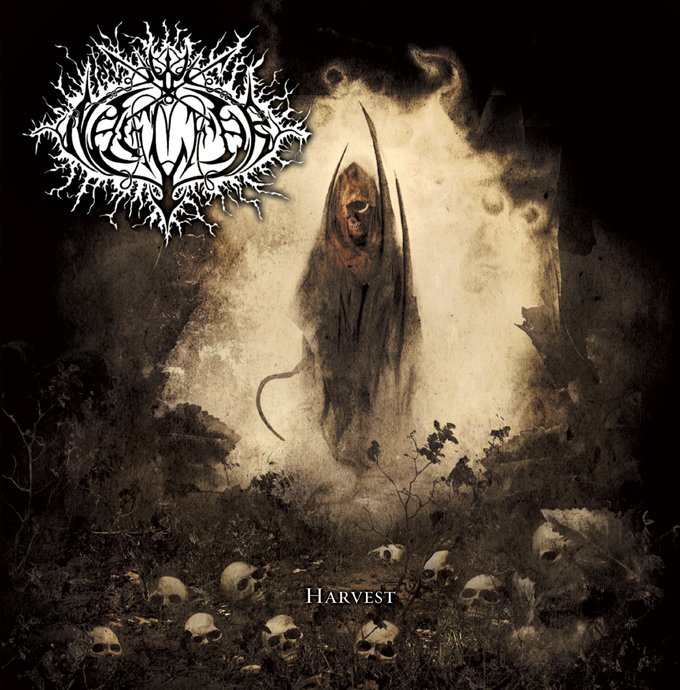 2007's Harvest sees Naglfar returned from quartet to a quintet, following the official addition of touring bassist Peter Morgan Lie (hardly the most crucial instrument in a black metal band, let's face it), in place of former bass player, now vocalist Kristoffer Olivius. As longtime observers will know, the latter had some rather big boots to fill when he took the reigns from longtime frontman Jens Ryd‚n for 2005's Pariah, but when that album gained ready acceptance with most of the group's fans (falling only a few notches below the band's definitive effort, Sheol, in fact), Naglfar were unquestionably back in business. That being the business of creating uncommonly melodic and efficient black metal, of course (no overbearing orchestral bits, rudimentary primitivism, nor epic song lengths here), and with Olivius' surprisingly intelligible rasp leading the charge, harmony laced Harvest highlights such as "Into the Black," "The Mirrors of My Soul," and the title track arguably represent this unforgiving musical genre at its most accessible (a mere Cookie Monster growl away from the Gothenburg school of melodic death metal, even). Ironically, though, these very same traits which have endeared Naglfar to so many have left them exposed to the scorn of more extreme-minded black metal fans, who find their more "civilized" approach to be lacking in the necessary misanthropy and unchecked hatred so integral to the genre's ethos. And, well, with the exception of a several blastbeat driven sections within songs like "Breathe Through Me" and "Feeding Moloch," or the particularly bloodcurdling scream launching "The Darkest Road," it won't be Harvest that will change their minds. Nevertheless, if these Swedes and their music don't quite emanate from within the ninth circle of hell, they're close enough to hear the bones crunching in Lucifer's maw -- catch the drift? [Harvest was also released with a bonus DVD.] ~ Eduardo Rivadavia

Infernaeon
A Symphony of Suffering
$5
Add to Cart
(2)