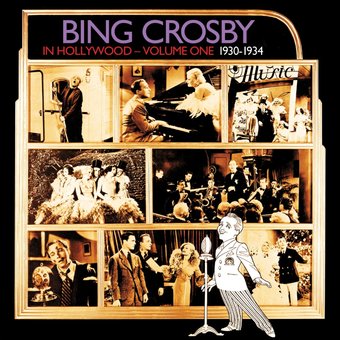 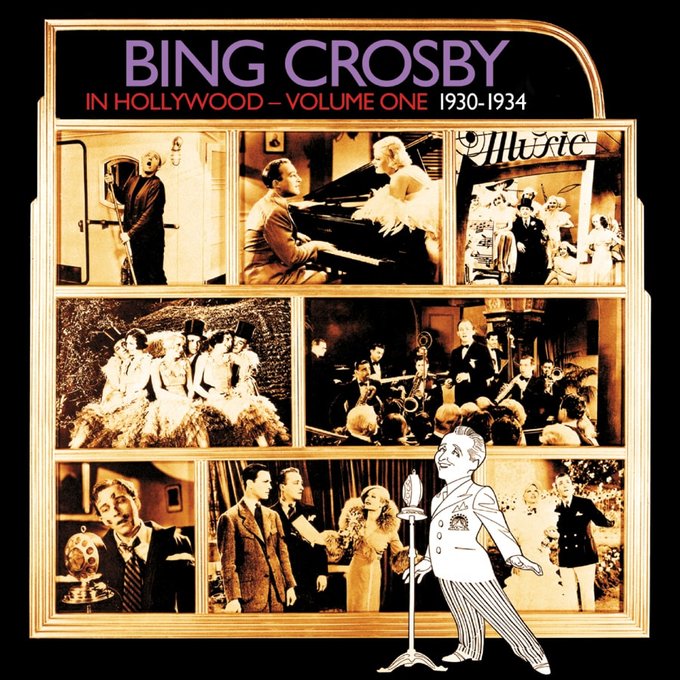 On this original Columbia recording, Crosby's singing highlights from his 1930s film appearances are collected. Among Crosby's early ground-breaking work included are "Happy Feet," "Learn To Croon," and "Dinah," which features vocal accompaniment by the Mills Brothers.

Personnel includes: Bing Crosby, The Mills Brothers; Paul Whiteman & His Orchestra.
Recorded between 1930 & 1933.
Personnel: Bing Crosby (vocals); John Fulton, Harry Barris, Boyce Cullen, Al Rinker, Rhythm Boys, Brox Sisters (vocals).
Liner Note Author: Miles Kreuger.
Recording information: 04/10/1929-08/27/1933.
Unknown Contributor Roles: Jimmie Grier; Jimmy Grier & His Orchestra; Anson Weeks; The Mills Brothers.
When Columbia Records released the double-LP Bing Crosby in Hollywood in the fall of 1967 as the flagship album in its Hall of Fame reissue series, it was the first comprehensive collection of Crosby recordings from the company's vaults. Crosby recorded for Columbia as singer with the Paul Whiteman Orchestra from 1928 to 1930, and his recordings for Brunswick Records from late 1931 to mid-1934 ended up in Columbia's possession when the Brunswick catalog was divided up and sold off. Columbia had attempted a few compilations in the late 1940s and '50s, but nothing like this: compiler/annotator Miles Krueger assembled a 32-track selection of commercial recordings made in connection with Crosby's early films, among them some of his biggest hits of the early 1930s. The scholarly approach was a precursor to the kind of reissues that started to be done in the CD era. Collectables Records has chosen to reissue the set in two separate volumes, which diminishes its value slightly, at least if you don't buy both of them. The first disc ends halfway through the tracks from 1933's Too Much Harmony, rendering Kreuger's note about "I Guess It Had to Be That Way," a song cut from the film, incomprehensible, since it isn't actually on this disc; it's the first track on Vol. 2. Similarly, the date range in the title, 1930-1934, is now inaccurate, as is Kreuger's statement that, "This album contains, without exception, every recording [Crosby] made commercially from all the feature films in which he appeared, from his modest screen debut in The King of Jazz, in 1930, through his eminent screen stardom in She Loves Me Not, in 1934." That's what you'll have if you buy both volumes; here, you get exactly half of it. ~ William Ruhlmann

69%off
Richard Rodgers' No Strings: An After Theatre Version (CD)
$3.98 on Sale
Add to Cart

17%off
The Bob Hope and Bing Crosby Road to Comedy Collection...
$12.50 Super Savings
Add to Cart