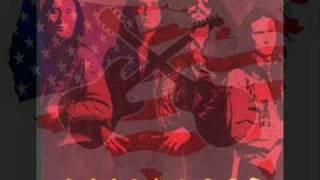 Blackfoot blended elements of Southern Rock with Heavy Metal to create a unique Rock sound in the late seventies and early eighties. This guitar-driven album was originally released on Epic in 1976 just prior to the group's major breakthrough with "Strikes". Some of the classic rocking compositions included are "Feelin' Good", "Flyin' High", and "Junkie's Dream".

Blackfoot: Ricky "Rattlesnake" Medlocke (vocals, guitar, dobro); Charlie Hargrett (acoustic & electric guitars); Greg T. Walker (bass, background vocals); Jackson Spires (drums, background vocals).
Engineers: Steve Melton, Jerry Masters, Greg Hamm.
Personnel: Rick Medlocke (vocals, guitar, acoustic guitar, electric guitar, dobro); Jakson "Thunderfoot" Spires (vocals, drums); Charlie Hargrett (guitar, acoustic guitar, electric guitar); Greg T. Walker (electric guitar, bass guitar, background vocals); Laura Struzick, Suzy Storm (background vocals).
Audio Mixer: Steve Melton.
Liner Note Author: Mark Marymont.
Photographer: Teresa Alfieri.
Arranger: Blackfoot.
Blackfoot's 1975 debut, No Reservations (named in reference to their Native American bloodlines), had been a critical and commercial bust for their indifferent label, Island Records, so after being cut loose from their contract, the resourceful Southern rock group immediately hooked up with the more rock-friendly Epic Records, for the release of their second long-player, Flyin' High, the very next year. The bottom line was that Blackfoot were also still seeking their songwriting groove on their way to establishing the heavier style of Southern rock that would eventually distinguish them from Skynyrd and all of their clones. And yet a handful of these tracks -- "Save Your Time," "Island of Life," the title cut -- pass muster by Blackfoot's future high standards, and in retrospect, there's no telling what proper promotional support could have done for Flyin' High (after all, Blackfoot on a bad day still beat hell out of the competition). But the album was roundly ignored by consumers, saw the group dropped for the second year straight, and would join its predecessor in cutout bins, languishing out of print for decades on end. By the time Blackfoot made a comeback with 1979's watershed Strikes LP, many new fans simply assumed that this was actually the group's first release, rather than a case of well-deserved third time lucky. ~ Eduardo Rivadavia