The Book They Said Could Never Be Filmed! 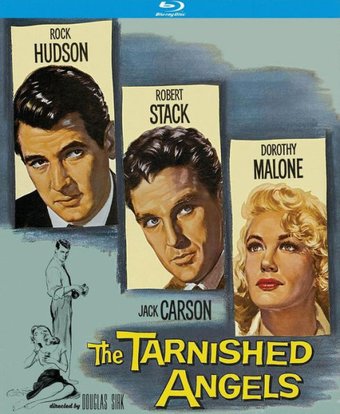 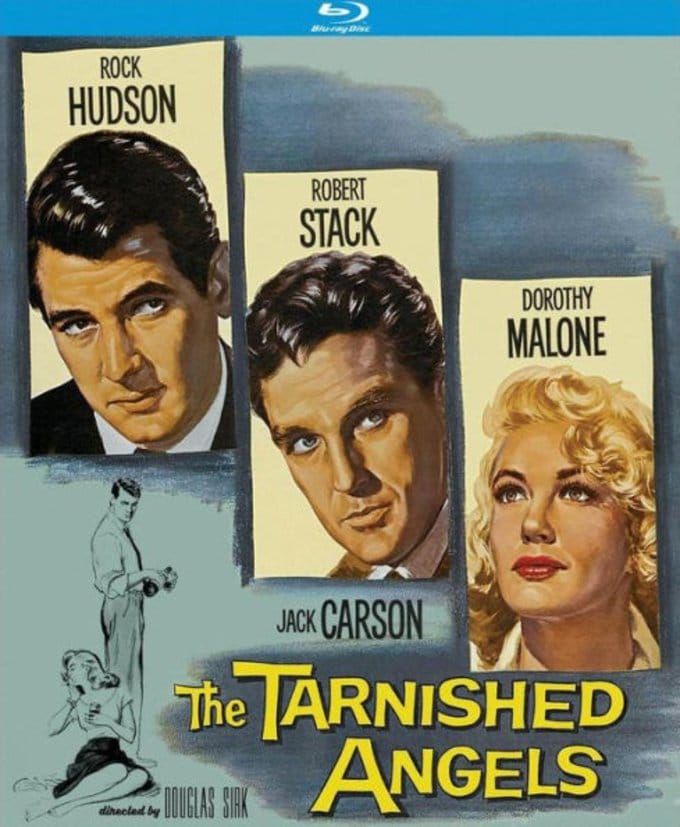 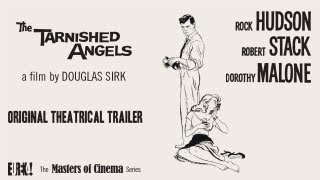 In THE TARNISHED ANGELS, based on William Faulkner's novel PYLON, Rock Hudson plays Burke Devlin, a lowly journalist in New Orleans who is chronicling a stunt-flying exhibition. Although the star of the show is World War I daredevil Roger Shumann (Robert Stack), Devlin finds himself reserving more and more column inches for Shumann's parachutist wife, LaVerne (Dorothy Malone).

Director Douglas Sirk shows consummate artistry in his onscreen reunion of the stars of WRITTEN ON THE WIND. Hudson, Stack, and Malone all continue to serve him well, contributing performances seething with the blunted desire and unfulfilled aspirations of their psychically scarred characters. The film is shot in appropriately bleak gray monochrome. Faulkner ranked THE TARNISHED ANGELS first among the many Hollywood adaptations of his novels, and German director Rainer Werner Fassbinder lauded the film's stunning emotional force, saying, "I have rarely felt fear and loneliness so much as in this film."