The fairy tale is over.

Add to Cart
Notify Me When Available
Add to Wishlist
Format:  Blu-ray
sku:  76D5G
Also released as:
Snow White: A Tale of Terror for $8.70
92% recommend us! 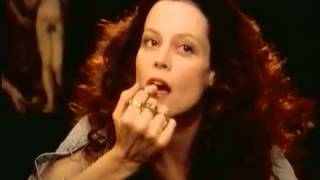 From its dark and complex themes to its archetypal imagery, the Grimm fable of the innocent and beautiful Snow White has captured readers for centuries, but it has not often been given accurate treatment on film. SNOW WHITE: A TALE OF TERROR attempts to do this with magnificent performances, stunning Gothic scenery and costumes, and a well-crafted script that brings out the nuances in the original story. Seven years after a tragic accident has killed his wife just as she is giving birth, Frederick Hoffman (Sam Neill)--who alone cares for their daughter Lilli (Taryn Davis as the younger and Monica Keena as the older)--remarries Lady Claudia (Sigourney Weaver). Claudia arrives at his estate, bringing with her a creepy, intricately carved mirror. She has also brought along her mute brother (Miroslav Taborsky). It is not long before this eager stepmother and the wary daughter are locked in an endless cycle of jealously and hurt feelings. Reading into the deeper, psychological implications of this complex family situation, and the story's many symbolic elements (the poison apple, the outcast hermitlike woodsmen), the film is both visually graphic and emotionally subtle. Not for children, this SNOW WHITE is for thinking adults who enjoy more than one good scare.

Beauty and the Beast (25th Anniversary Collection)
$28
Add to Cart

Tales from the Darkside: The Movie (Blu-ray)
$28
Add to Cart

18%off
The Brothers Grimm
$8.20 Super Savings
Add to Cart