Sin Is A Choice. 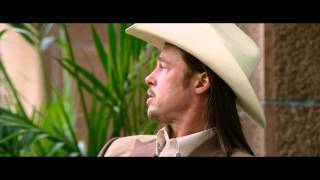 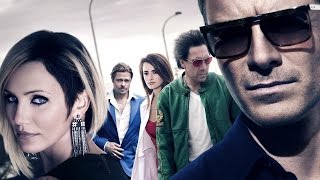 Josh Olson on THE COUNSELOR (Featurette)

Ridley Scott's THE COUNSELOR, from a script by Cormac McCarthy, stars Michael Fassbender as the title character, a slick lawyer who is madly in love with Laura (Penelope Cruz). He asks her to marry him, and she agrees, though she is unaware that serious financial troubles have prompted him to fund a drug deal with a shady but established middle man named Westray (Brad Pitt), that could bring in millions. Part of the counselor's financial troubles stem from the fact that he's investing in a club being opened by his best friend Reiner (Javier Bardem), a hedonist and occasional client who has attained his wealth by any means necessary, and likes to keep his wife, Malkina (Cameron Diaz) covered in all the accoutrements the wealthy enjoy. However, when the drug deal starts to go wrong, the counselor finds himself unprepared to deal with the fallout, and soon he's trying to protect his bride-to-be as well as himself from the wrath of a drug cartel that has no qualms about exacting revenge.