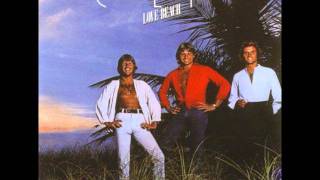 Emerson, Lake & Palmer - All I Want Is You (Music Video) 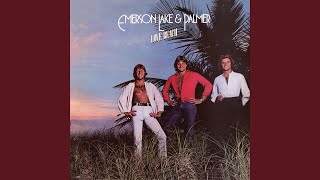 Emerson, Lake & Palmer: Keith Emerson (keyboards); Greg Lake (vocals, guitar, bass); Carl Palmer (drums, percussion).
Recorded at Compass Point Studio, Nassau, Bahamas.
Don't be fooled by the Bee Gees-esque cover photo, Love Beach is not really ELP gone pop. True, many of the songs are more concise and accessible than those on previous albums, and there are a couple of Greg Lake-dominated "romantic" tunes, but those had always been part of the deal. They're still classically rockin' along on "Canario," and half the album is dominated by the 20-minute epic "Memoirs of an Officer and a Gentleman," reminiscent of such long-form ELP classics as "Trilogy." ~ Jim Allen

Emerson, Lake & Palmer
Welcome Back My Friends
$19.90
Add to Cart