Get email alerts for Ella Fitzgerald
6 ratings
Currently Out of Stock: We'll get more as soon as possible
Notify Me When Available
Add to Wishlist
Format:  CD
item number:  ZENG 17448
Our customers love us! 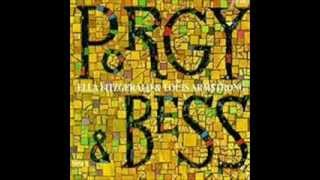 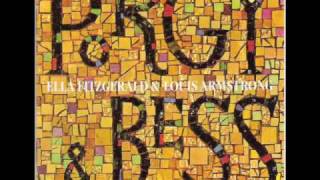 Conducted by Russ Garcia.
Includes liner notes by Lawrence D. Stewart and Norman Granz.
Recording information: 08/18/1957-10/15/1957.
Producer Norman Granz oversaw two Porgy & Bess projects. The first involved Ella Fitzgerald and Louis Armstrong, and came together during the autumn of 1957 with brassy big band and lush orchestral arrangements by Russ Garcia. This is the classic Verve Porgy & Bess, and it's been reissued many, many times. The second, recorded during the spring and summer of 1976 and issued by RCA, brought Ray Charles together with versatile British vocalist Cleo Laine, backed by an orchestra under the direction of Frank DeVol. A comparison of these two realizations bears fascinating fruit, particularly when the medleys of street vendors are played back to back. Those peasant songs, used in real life to purvey honey, strawberries, and crabs, were gathered and notated by George Gershwin and novelist Du Bose Heyward in 1934 during a visit to Folly Island, a small barrier island ten miles south of Charleston, SC, known today as Folly Beach. As Charleston Harbor had been one of the major ports during the importation of slaves from Africa, the waterfront was mostly populated by Gullahs, a reconstituted community that retained and preserved its ancestral cultures and languages to unusual degrees. Gershwin, who even learned to chant with the Gullah, absorbed the tonalities of the street cries he heard and wove them -- along with all of the other impressions stored within his sensitive mind -- into the fabric of his opera. What's really great about the Ella and Louis version is Ella, who handles each aria with disarming delicacy, clarion intensity, or usually a blend of both. Her take on "Buzzard Song" (sung 19 years later by Ray Charles) is a thrilling example of this woman's intrinsic theatrical genius. Pops sounds like he really savored each duet, and his trumpet work -- not a whole lot of it, because this is not a trumpeter's opera -- is characteristically good as gold. This marvelous album stands quite well on its own, but will sound best when matched with the Ray Charles/Cleo Laine version, especially the songs of the Crab Man, of Peter the Honey Man, and his wife, Lily the Strawberry Woman. ~ arwulf arwulf

George Gershwin
Gershwin: Rhapsody In Blue / An American In Paris
$8.20
Add to Cart

Leonard Bernstein
Gershwin:Rhapsody In Blue An American
$8.20
Add to Cart

57%off
Louis Armstrong
The World of Mack the Knife
$2.98 on Sale
Add to Cart