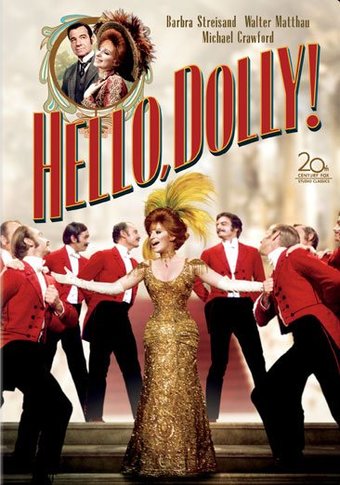 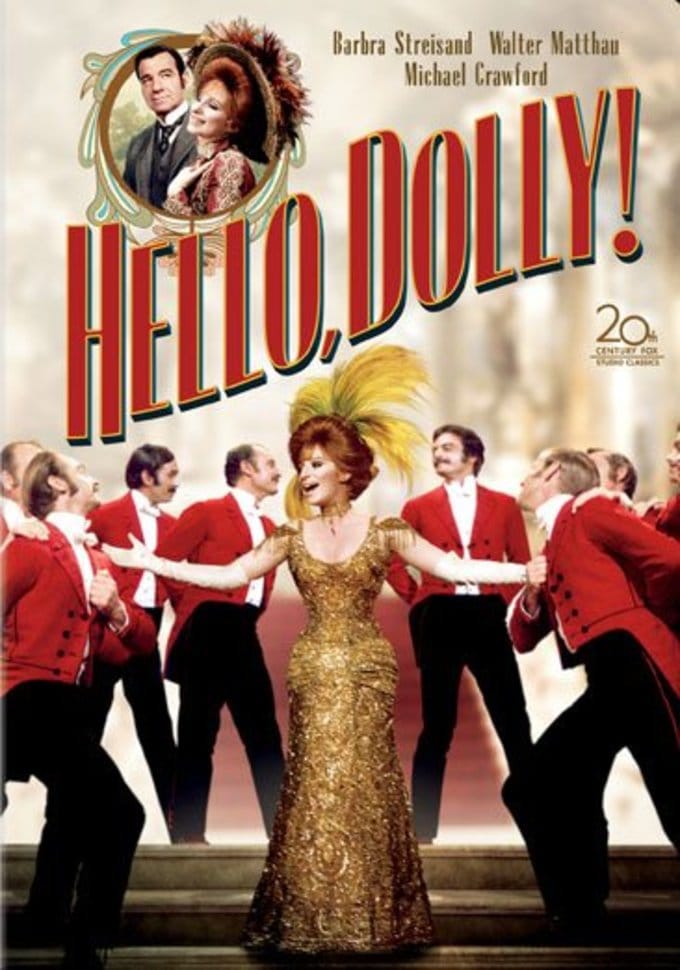 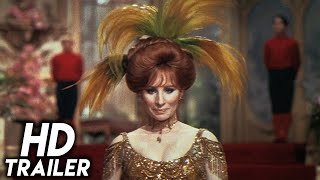 One of Barbra Streisand's most beloved performances is that of the indomitable Dolly Levi in this hugely popular musical that received a Best Picture Academy Award nomination in 1969. It's turn-of-the-century Yonkers, New York, where an ambitious young widow with a penchant for matchmaking (Streisand) has an idea for the perfect match - tight-fisted, local merchant Horace Vandergelder (Walter Matthau) and - herself! As she tries to win his heart, we're treated to one of the most musically entertaining, hilariously underhanded plots in film history. Directed by Gene Kelly, this Oscar winner for Best Sound, Music, Score and Art Direction/Set Decoration is among the world's most cherished films.

In early-20th-century Yonkers, a wealthy local merchant, Horace Vandergelder (played by Walter Matthau), hires matchmaker Dolly Levi (Barbra Streisand) to find a mate for him--but instead she decides to win him over for herself. His life is further complicated by his young niece, Ermengarde, who is determined to wed an artist Horace finds entirely unsuitable, and by his two hapless employees, who against Horace's wishes leave work to venture into New York so each can kiss a girl. Miserly, curmudgeonly, irascible Horace finds that matters have gotten completely out of his control--and the only person who seems to know exactly what is going on is the widowed Dolly Levi. The film is based on a succession of source material, beginning with the 1835 British play A DAY WELL SPENT by John Oxenford, Thornton Wilder's 1938 play THE MERCHANT OF YONKERS, and Wilder's successful 1954 adaptation of his own play, renamed THE MATCHMAKER, rewritten for Ruth Gordon and then made into a film by the same name in 1958 starring Shirley Booth. In 1964, Carol Channing starred in the story's next incarnation on Broadway: Michael Stewart's play HELLO, DOLLY! on which this film's screenplay is directly based.

Barbra Streisand directed by Gene Kelly with a popular Jerry Herman score--this film is one of the last big, splashy Hollywood musicals. Playing widow Dolly Levi, a matchmaker, Streisand finally finds herself a match. Kelly's last-directed screen musical features a legendary performance by a 27-year-old Barbra Streisand as Dolly Levi, and a delightful cameo by Louis Armstrong as the orchestra leader who leads his band in welcoming Dolly back to the world in the title number. Michael Kidd's leggy, athletic choreography gives the film much of its energy and buoyancy.