Vern Gosdin There Is a Season 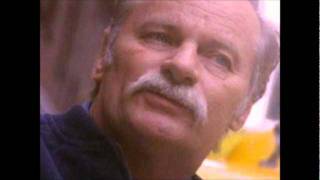 Personnel includes: Vern Gosdin; Emmylou Harris (vocals); Roger McGuinn (vocals, 12-string guitar).
Personnel: Vern Gosdin (vocals, guitar); Roger McGuinn (vocals, 12-string guitar); Emmylou Harris (vocals); Brent Rowan (guitar, 12-string guitar); Fred Newell (guitar); Sonny Garrish (steel guitar); Rob Hajacos (fiddle); The Nashville String Machine (strings); Terry McMillan (harmonica, percussion); Gary Prim, Mitch Humphries (keyboards); Larry Paxton (bass guitar); Jerry Kroon (drums).
Liner Note Author: Robert K. Oermann.
Recording information: Music City Music Hall, Nashville, TN.
Photographer: Alan Messer.
Now here's an oddity if there ever was one, but it also proves that Vern Gosdin is capable of anything if he sets his mind to it. There Is a Season is a direct quote from the Byrds' version of Pete Seeger's "Turn, Turn, Turn," which is also the first track on the album. In addition, there is a familiar 12-string and vocal on the set that belongs to none other than Roger McGuinn. Issued on the short-lived Compleat [sic] label, which was distributed by Polygram, the set dates from 1984, when country music was looking for itself again after the fade of the outlaws and just before Dwight Yoakam changed everything again with his return to Bakersfield honky tonk. This is a curiosity in Gosdin's catalog in that it openly reveals his restlessness in seeking a new direction. Gosdin seemed to be revisiting many of the moments in his past rambling days from California to Chicago to Nash Vegas to Texas, from street to honky tonk to concert hall and recording studio. He is accompanied by Emmylou Harris in a very prominent backing-vocalist role. Gosdin takes "Turn, Turn, Turn" and transforms it into a song that looks forward; it doesn't sit in the present tense, a reflection on the changing nature of the times. But in tracks like "How Can I Believe You (When You'll Be Leavin' Me)," Jim Rushing's "Slow Healing Heart," and Hank Cochran and Dean Dillon's "What Would Your Memories Do," Gosdin reaches deep into that golden throat of his to pull out every conflicting emotion that presents itself in the lyrics. Whether it is a ballad or a honky tonk waltz or a pop song, Gosdin holds them all in equanimity and delivers them as if they are the only songs in the world. In addition to his literally stunning performances here, Gosdin co-wrote over half of the record, making it one of his most inspired efforts. ~ Thom Jurek