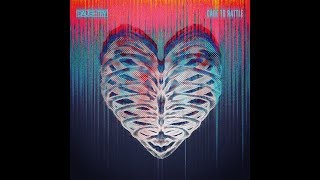 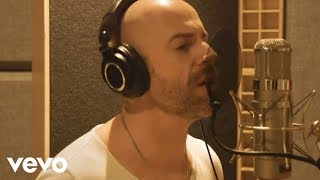 Personnel: Spencer Thomson (guitar, keyboards, programming); Brian Craddock, Josh Steely (guitar); Elvio Fernandes (keyboards, background vocals); Brandon Maclin (drums); Eric Darken (percussion, programming); Jacquire King (programming).
Audio Mixer: Andrew Scheps.
Recording information: Blackbird Studio D, Nashville, TN; The LBT, Nashville, TN.
Cage to Rattle arrives five years after Baptized, by far the longest gap between DAUGHTRY albums. Appropriately enough, Cage to Rattle finds the sextet at something of a crossroads, attempting to navigate the distance between their hard-rocking past and their mellowed present. Working with Jacquire King -- a producer who previously helmed efforts by James Bay, Of Monsters and Men, Chase Rice, Niall Horan, and Shania Twain, all artists with their eyes squarely on some version of the mainstream middle -- DAUGHTRY decide to ratchet up their melodic side so strongly that, at times, they almost seem mellow. The band still leans hard into post-grunge tropes -- Chris Daughtry sings from his guts, overdriven guitars cleanly growl, choruses soar -- but Cage to Rattle is entirely bereft of angst and doesn't even bother rocking for much of its brief length ("Stuff of Legends" is the only one of the ten tracks whose tempo quickens thanks to its disco-rock pulse). All these rock signifiers are in service to an album that is otherwise adult alternative easy listening. This isn't a wild leap for a band fronted by a singer who gained his fame on a televised singing competition and, in a way, this is a comfortable place for DAUGHTRY to be. Their biggest moments were always power ballads, so having them quietly accept that these waiting-room anthems are their strength results in a record that's cohesive in a way DAUGHTRY rarely achieved in the past. ~ Stephen Thomas Erlewine