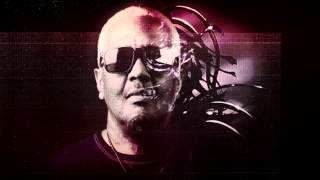 The rock legend is back: The American funk-rock sensation Mother's Finest has signed a pan-European contract with Steamhammer / SPV and is already in spring 2015 release their new studio album Goody 2 Shoes & The Filthy Beast. It is the first studio album of the band since it's publication 2003's meta-physical wireless n. Already December 2014 Mother's Finest first single "Shut Up" from the new album have imagined. To the current line-up includes with singer Joyce Kennedy, singer Glenn Murdock, bassist Wyzard and guitarist Moses Mo four original members of the first cast of 1970. With guitarist John Hayes and drummer Dion Murdock, the group has since her comeback in 1989 found the perfect reinforcement.It's global breakthrough was achieved by Mother's Finest with spectacular TV appearance at the legendary Rockpalast Night WDR in March 1978 when the ravishing performance by Joyce Kennedy and the boiling-hot hits of the group of the caliber'Mickey's Monkey', 'Baby Love' or' Give You All The Love' an enthusiastic audience of millions and the band in the truest sense of the word made famous over night.