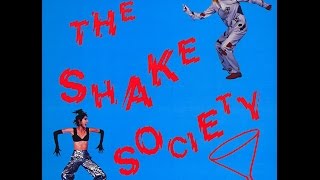 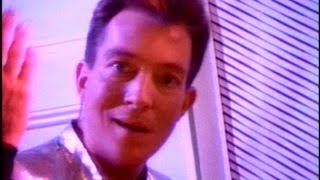 Personnel: Fred Schneider (vocals); John Cote (guitars, bass, synths, drum program, planetizer, various instruments); Tom Beckerman (guitars, bass, drum program); Robert Molnar (background vocals, drum program); Steve Scales (cabassa, percussion); Ronald Ardito (background vocals, guitars, keyboards, drum program); Ronnie Drayton (guitars); Tinker Barfield (bass, drum fills); Lamar Mitchell (vocoder); Leslie Ming (drums); Billy Amendola (drum fills); Trevor Gayle (kettle drums); Richard Beau, Geoffrey Armes (percussion); The Hellions featuring Chris Schneider, Shailah Edmonds, Lisa Lubitz (background vocals).
Fred Schneider's first solo turn away from the B-52's was definitely a product of its time. For all of his band's new wave icon status, the B-52's weren't a synth rock group as such, but that's what more or less ended up backing him here, mostly thanks to one John Cot‚ and his sometimes serviceable but unremarkable arrangements. Happily, Cot‚ is content to either try to ape the B-52's or just let Schneider do his thing when he himself has little to offer, and more often than not the result is sometimes fine if not collectively spectacular. Perhaps wisely enough, the lead song and single from the album was not only the best but one of the most B-52's-like, "Monster." With Kate Pierson turning in one of several guest performances and Schneider clearly having deadpan fun with lines like "There's a monster in my pants and it does a nasty dance," it's hard to resist. "Summer in Hell" is another winner, and while Pierson reappears it's much more Schneider and Cot‚'s show, a solid slice of ersatz B-52's merriment about how all the fun people ended up in the fiery regions. When it's just Schneider, Cot‚, and assorted others (including, in an inspired choice that just doesn't pan out for much, co-producer Bernie Worrell), things are often far less interesting, and more than once Schneider's trademark giddiness and odd imagery are the only things going for it. Remove those and songs like "Cut the Concrete" -- down to a really worthless ending guitar solo that seems borrowed from a bad mid-'80s cop drama -- and "This Planet's a Mess" could be trashed without anyone feeling any loss. Great as an EP, flawed as a full-length. ~ Ned Raggett

The Glory of Christmas: A Treasury of Seasonal Classics
99¢ on Sale
Add to Cart

88%off
A Voyage to Africa; Ambient Music Remixed With Native Sound
99¢ on Sale
Add to Cart