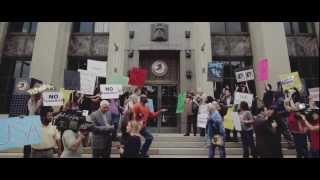 Inspired by actual events, Sam Kadi's debut feature THE CITIZEN traces the experiences of a Middle Eastern man (Khaled Nabawy) who wins the lottery for a green card, and arrives in New York City the day before the September 11, 2001, terrorist attacks. Cary Elwes, Agnes Bruckner, and William Atherton co-star.