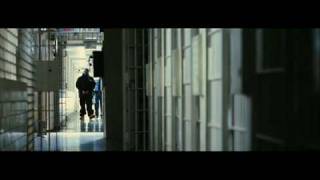 The dramatic retelling of the life, improbable rise, and violent fall of rapper Christopher Wallace (aka the Notorious B.I.G.), NOTORIOUS plays like A STAR IS BORN set to a rattling gangsta snare. With crisp direction by George Tillman Jr., producer of the BARBERSHOP series, the film is briskly paced and strikes a worthy balance between sensationalized celebrity biopic and behind-the-scenes drama. Angela Bassett anchors the latter with a nuanced performance as Voletta, Wallace's long-suffering single mother who attempts to shelter him from the mean streets of Bed-Stuy.

With deep involvement by those who knew him best--the real Voletta Wallace and Sean "Puff Daddy" Combs (played dynamically by Derek Luke) co-produced--the film nonetheless unflinchingly portrays Biggie's troubled history as a teenage crack dealer, his chronic infidelity and poor fathering skills, and his own role in stoking the ludicrous coastal rivalry that claimed both his and Tupac Shakur's lives. As it presents Biggie's side of the murders in boldface, one wonders if a more independent eye would cast Shakur and his cohorts in the villain role so starkly. Documentary quibbles aside, NOTORIOUS delivers an impactful tribute to its subject's genius--revealing to fans and neophytes alike the microphone skills, narrative chops, and fresh vision that made Wallace one of hip-hop's greatest all-time MCs. Largely, this is due to the ace performance by Jamal Woolard, an amateur rapper who packed on 50 pounds to play the hulking gangsta, and nails his mordant charisma and conflicted inner life with a star turn every bit as on point as Jamie Foxx's Ray Charles or Val Kilmer's Jim Morrison.

Chronicling the extraordinary life of Christopher “The Notorious B.I.G.” Wallace, Notorious follows the young rapper from the tough streets of Brooklyn to the heights of superstardom as he juggles the increasing demands of fatherhood, marriage and a music career. Amid chaos and controversy, Biggie's remarkable talent and fierce determination help to solidify his legacy as one of hip-hop's greatest MCs.

Get Rich or Die Tryin'
$6.80 Super Savings
Add to Cart