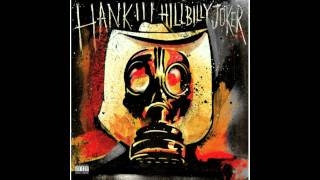 Personnel: Hank Williams III (acoustic guitar, electric guitar); Duane Dennison (electric guitar); Michael McCanless (fiddle); Shaun McWilliams (drums).
Audio Mixer: John X.
Photographer: Rick Neltner.
Hank Williams III had a contentious and turbulent relationship with Nashville's Curb Records during his 14-year run at the label, a run that ended at the first of the year in 2011 when Williams departed, taking his fiery brand of "hellbilly" elsewhere -- but he left behind some unfinished business, most notably the unreleased album This Ain't Country, the oft-bootlegged project that started the acrimony between Williams and Curb in the first place. Curb has now packaged it, along with some additional unreleased material, and put it out on the market as Hillbilly Joker, a move that hasn't pleased Williams but finally gives everyone else a chance to see and hear what all the fuss was about.

83%off
Alabama
My Home's In Alabama
$2.50 Super Savings
Add to Cart