Jackie McLean A Long Drink Of The Blues 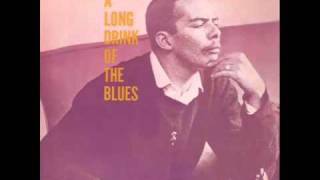 Personnel includes: Jackie McLean, Curtis Fuller, Webster Young, Gil Coggins, Mal Waldron, Paul Chambers, Arthur Phipps, Louis Hayes, Arthur Taylor.
Recorded in February & August, 1957.
This LP begins with what is titled "Take 1" of "A Long Drink of the Blues." After a false start, the musicians argue for two minutes about the tempo. "Take 2" is a much more successful 20-minute jam featuring Jackie McLean (doubling on alto and tenor), trombonist Curtis Fuller, trumpeter Webster Young, pianist Gil Coggins, bassist Paul Chambers, and drummer Louis Hayes. The second half of the LP is from a quartet session that showcases McLean on three standard ballads with pianist Mal Waldron, bassist Arthur Phipps, and drummer Art Taylor. Although not quite as intense as McLean's later Blue Note dates, the ballad renditions show just how mature and original a soloist he was even at this early stage. Despite "Take 1," this LP is worth the price. ~ Scott Yanow

Phil Woods
Live At The Village Vanguard
$4.98 on Sale
Add to Cart