Uncut: 4 stars out of 5 -- "It remains, among many other things, a gleeful trashing of their teenybopper image, which in the case of the soundtrack diabolically resulted in the most thoughtful, elegiac music of their career." 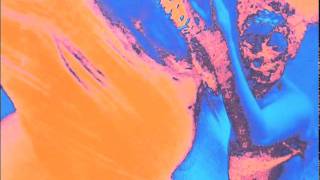 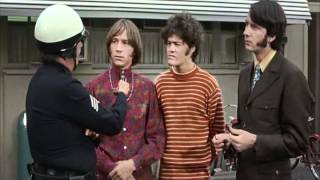 The Monkees' psychedelicized Declaration of Independence. The soundtrack to The Monkees only feature film. Featuring: Porpoise Song and Circle Sky. Taken as an individual document on its own, this is an absorbing sound collage and stirring concept album that holds its own next to works by Radiohead and They Might Be Giants." -Daniel Johnson, Helium.com. "...a dizzying mixture of pop rock, nostalgia jazzy instrumentals, psychedelic broadsides and freewheeling power rock." -Stewart Lenig, The Twisted Tale of Glam Rock. Replicates the original "mirror" foil cover!

Uncut - p.96
4 stars out of 5 -- "It remains, among many other things, a gleeful trashing of their teenybopper image, which in the case of the soundtrack diabolically resulted in the most thoughtful, elegiac music of their career."
Mojo (Publisher) - p.110
3 stars out of 5 -- "[I]t's nice to hear mixes of the Bo Diddley-tinged psychedelic-country rocker 'Circle Sky' in which Mike Nesmith's vocal is intelligible..."
NME (Magazine) - 2/18/95, p.51
9 - Excellent Plus - "...an authentically important document of the time, alternating half a dozen intensely lovely songs (including Tork's mystical triumph 'Can You Dig It' plus Nesmith's rousing 'Circle Sky') with nonsense poetry and tripped out dialogue..."

The Monkees: Mickey Dolenz, Davy Jones, Michael Nesmith, Peter Tork.
Additional personnel includes: Neil Young, Leon Russell, Ry Cooder, Dewey Martin, Russ Titelman.
In 1968, combating charges that they were a pre-fab Beatles knockoff with no real talent, the Monkees went the Liverpudlians one better by making HEAD, a wild, experimental film that made A HARD DAY'S NIGHT look like a drawing-room drama. The soundtrack has some freewheeling moments to match, but more significantly, it contains some of the Monkees' best tunes from the period when the runaway train of their huge pop hits started losing speed. Seemingly influenced by the band's (particularly Mickey Dolenz's) love of Tim Buckley (who was a musical guest on the Monkees' TV show), "As We Go Along" is an incredibly moving slice of balladic folk-rock that could have fallen off of Buckley's seminal HAPPY SAD. The beloved "Porpoise Song (Theme from Head)" is a sun-drenched psychedelic gem that stands up to anything on SGT. PEPPER'S or PET SOUNDS. A batch of previously unreleased tunes appended to this reissue sweeten the pot some, but regardless, HEAD is a vitally important, often undervalued chapter in the Monkees' history.

Hot
The Monkees
An Introduction to The Monkees
$5.98 on Sale
Add to Cart

The Monkees
Looking for the Good Times: Examining the Monkees' Songs,...
$23.98 on Sale
Add to Cart

The Monkees
The Monkees Live: The Mike & Micky Show
$17.30
Add to Cart

The Monkees
The Monkees-Good Times!
$18.40
Add to Cart

44%off
The Monkees
Christmas Party
$8.99 on Sale
Add to Cart