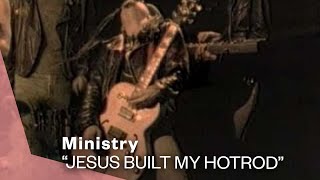 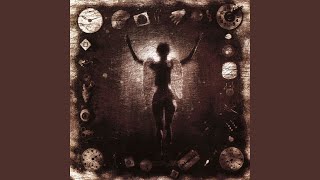 First U.S. Vinyl Release includes: Jesus Built My Hotrod, N.W.O. & Just One Fix. "A- Like Metallica in overdrive...Wonderfully obnoxious, and therefore nearly perfect" -Dave DiMartino, Entertainment Weekly. "A- These perverts claim they're not industrial, which is true only in the sense that Led Zeppelin wasn't metal; they may be too good for the category, but that doesn't mean they're not of it. And like Led Zep. they're cold bastards who are worth your time even if you think you don't like what they do, which is toning up your cardiovascular system by running you over with a tank." -Robert Christgau.

Ministry: Al Jourgenson (vocals, guitar, keyboards); Paul Barker (vocals, bass, programming).
Additional personnel: Gibby Haynes (vocals); M. Scaccia, L. Svitek (guitar); M. Balch (keyboards, programming); H. Beno (programming); W. Rieflix (drums).
The increasingly heavy sound of Ministry hit its peak in the form of 1992's PSALM 69. Though the industrial band had it roots in dance-pop, frontman Al Jourgensen led the band in a progressively guitar-laden direction beginning in the late '80s, and essentially disowned his more accessible earlier recordings.
Ministry's dedication to loud, aggressive music is fully on display here with the lumbering opener "N.W.O.," a politically charged track that takes the first Bush administration to task amidst a barrage of rumbling bass, propulsive beats, crushing guitar riffs, and Jourgensen's trademark distorted vocals. Released as a single before the album itself, the rambunctious "Jesus Built My Hotrod" proved to be another highlight, with Butthole Surfers vocalist Gibby Haynes sitting in on a session of high-octane absurdity. Throughout PSALM 69, the sonic ferocity is relentless, whether on the break-neck speed-metal of "TV II" or the scathing chaos of "Corrosion." Oddly enough, this blisteringly intense outing proved to be Ministry's most successful record, leading to a high-profile stint on the second Lollapalooza tour. One of the heaviest albums ever to achieve mainstream success, PSALM 69 is a snapshot of Ministry at its uncompromising best.

Jello Biafra
The Audacity Of Hype
$14.20
Add to Cart

60%off
Ministry
Animositisomina
$5.98 on Sale
Add to Cart