Maxi Priest The Best of Me

Entertainment Weekly: "..the genuine sense of love and longing in his voice should win over any fan of reggae, pop, or soul.." - Rating: A

Get email alerts for Maxi Priest
16 ratings
Out of Print: Future availability is unknown
Notify Me When Available
Add to Wishlist
Format:  CD
sku:  Y7K7
Related products:
The Best of Sade for $10.70
Bob Marley: Legend for $12.90
The Best of George Benson [Warner Bros.] for $8.98
The Best of Maxi Priest for $13.10
Maxi Priest: CombiNation for $13
92% recommend us! 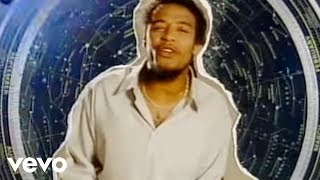 Producers: Willie Lindo, Sly Dunbar, Robbie Shakespeare, Paul Robinson, Geoffrey Chung, Handel Tucker, Drummie Zeb, Mikey Bennett, Clifton Dillon, Augustus "Gussie" Clarke, J.P. Maunick (Bluey), Jazzie B., Nellie Hooper.
Audio Mixer: Phil Bodger.
Audio Remasterers: Carlton Ogilvie; John Gallen; Maxi Priest; Bobby Konders.
Audio Remixers: The Boilerhouse Boys; Carlton Ogilvie; John Gallen; Maxi Priest; Bobby Konders.
Editor: Crispin Murray.
Photographer: Greg Allen .
Unknown Contributor Role: Geoffrey Chung.
The Best of Me collects nearly all of Maxi Priest's pre-1992 U.K. and U.S. singles, and results in a timeless, breezy, and thoroughly engaging album. Maxi Priest doesn't really tackle the heavy social themes that many of his reggae contemporaries do -- instead, he sings about love, life, and summertime (what, in other words, is known as "lovers rock"). Included here are nearly all of his U.K. hits, including "Strollin' On," "How Can We Ease the Pain," "Peace Throughout the World," and his cover of "Some Guys Have All the Luck," as well as his near-perfect version of Cat Stevens' "Wild World," which broke him to U.S. audiences, and his funky and immortal 1990 U.S. chart-topper "Close to You." Also included is his hit duet with Shabba Ranks, "Housecall," in which Maxi Priest, with his honey-smooth vocals, completely steals the show, as well as his minor U.S. hit "Just a Little Bit Longer." This CD was released in 1991, after the phenomenal success of "Close to You" and its album Bona Fide, therefore, later hits such as "Groovin' in the Midnight," "That Girl" (with Shaggy), and his massive duet with Roberta Flack, "Set the Night to Music," don't appear. Until a later and complete hits package is assembled, The Best of Me, which also features great pictures, song lyrics, and detailed liner notes, more than fits the bill. ~ Jose F. Promis