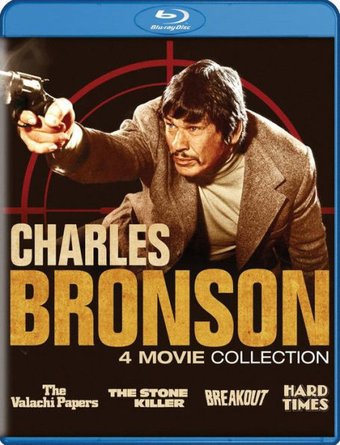 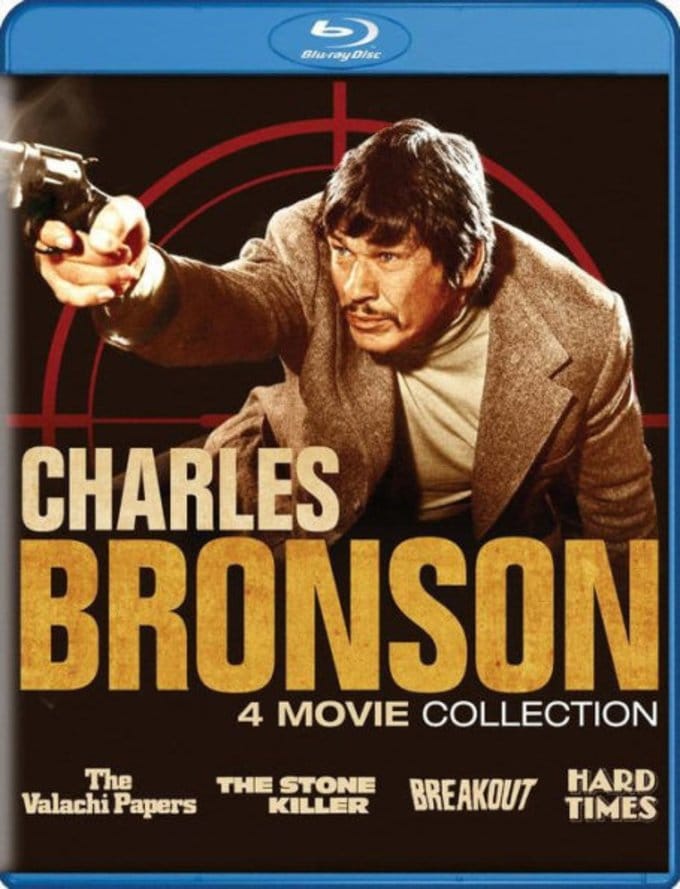 Internationally acclaimed action star, Charles Bronson, is the definitive on-screen “tough guy.” His legendary status was solidified in the midst of his career with a series of leading roles in gritty, crime dramas. This action-packed collection showcases his diverse career with 4 knockout films!

THE VALACHI PAPERS (1972): The cold-blooded, no holds barred, adaptation of Joseph Valachi's explosive testimony while in prison that exposed unthinkable mob activity in the United States.

THE STONE KILLER (1973): Crime drama about a tough New York cop who discovers that a gangster is planning a massacre; revenge for a shootout which introduced non-Sicilian elements to organized crime.

BREAKOUT (1975): A Texas bush pilot is hired by a woman to help break out her husband who is imprisoned in Mexico on a framed charge that was engineered by his Grandfather.

HARD TIMES (1975): Walter Hill's directorial debut is a raw, bare-knuckled view of street brawlers starring Bronson as a quiet but brutal fighter supported by a chatty and sly promoter played by James Coburn.