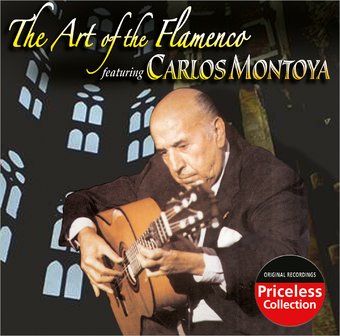 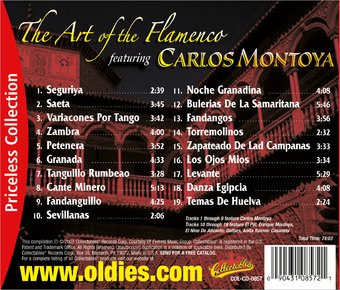 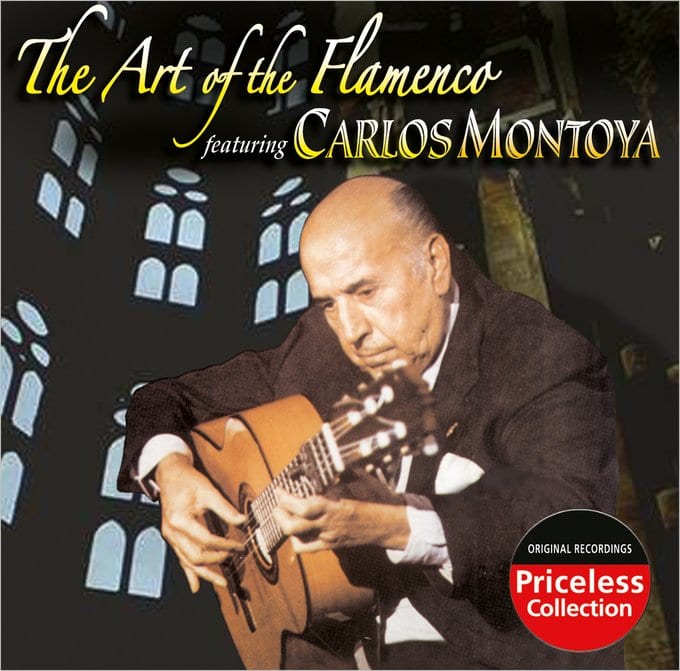 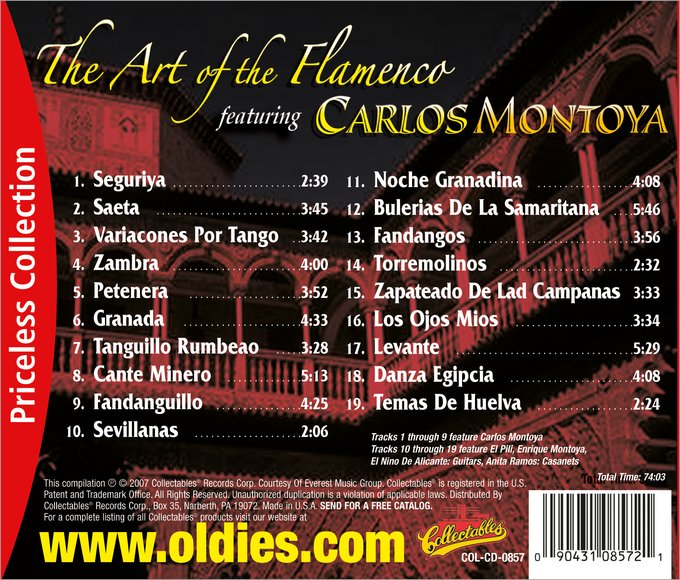 Artists include Carlos Montoya.
Personnel includes: Carlos Montoya, El Pill, Enrique Montoya, El Nino De Alicante (flamenco guitar); Anita Ramos (castanets).
Personnel: Anita Ramos (castanets).
An album of discount flamenco from Carlos Montoya and a trio of other guitarists. The first half is taken up by pieces performed by the ageless Montoya, and the second half is performed by El Pili, Enrique Montoya, and El Ni¤o de Alicante, along with a dancer adding the jaleos and castanets. Montoya performs excellently, as one would expect given his status in the history of flamenco. Most of the major flamenco guitar forms are covered in his nine tracks, with the exception of some alegrias and bulerias perhaps (and the cante jondo, since he's performing in a purely instrumental capacity here). As a nice excursion into other territories, he also performs variations on a tango theme to quite astounding effect, mixing the two genres into a coherent work. The second half of the album is, perhaps, a little less masterful in the guitar work, but portrays a slightly more traditional rendition of flamenco in its full form, with the soulful vocals taking their place (though they're somewhat quiet in this recording), the jaleos and claps of the other performers, and the castanets and stepping percussion of the dancer all working together to produce a full sound with the guitarists. Overall, it's not a bad album of flamenco at all, though it focuses almost entirely on the guitarists. For a fuller picture of flamenco the way it's meant to be, one should perhaps look up other albums, such as Cante Flamenco or the Rough Guide album devoted to flamenco (which includes some work from Camaron & Tomatito, among others). For a basic look at a great flamenco guitarist though, this album does well. ~ Adam Greenberg

Zoltan and His Gypsy Ensemble
Gypsy Music From Hungary And Romania (CD-R)
$5.98 on Sale
Add to Cart

Celeste Rodrigues
The Art of the Portuguese Fado (CD-R)
$5.98 on Sale
Add to Cart

Carlos Montoya
The Art of Flamenco
$12.70
Add to Cart