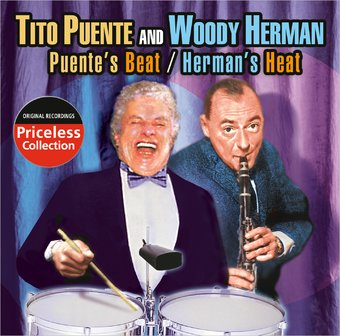 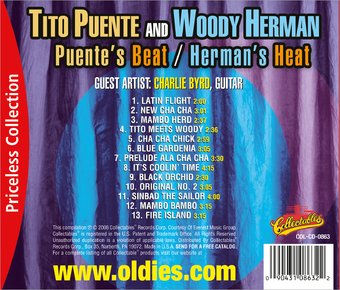 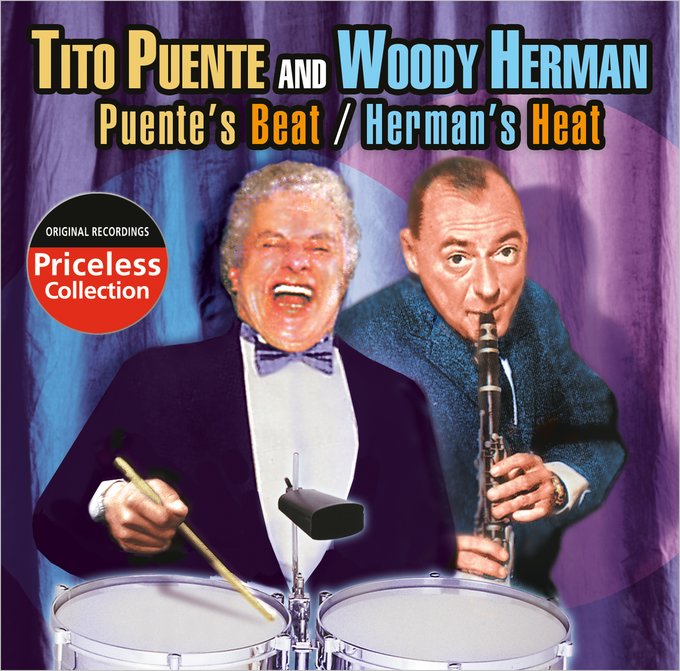 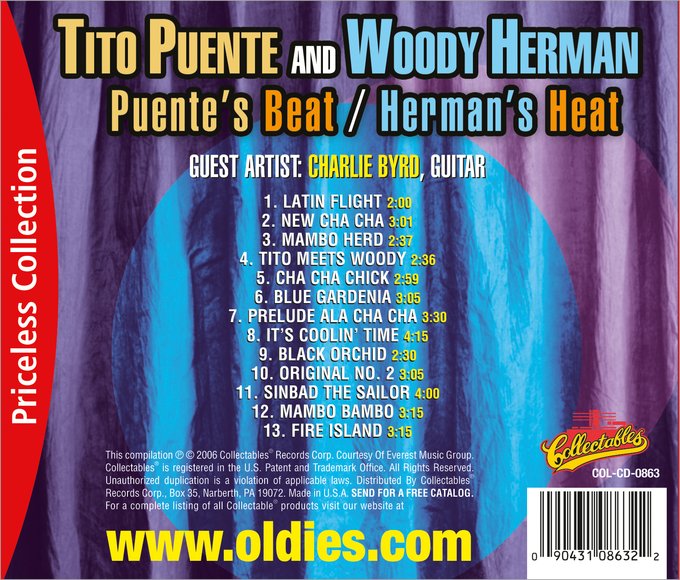 A budget-priced 13-track collection of recordings from Tito Puente and Woody Herman, featuring Charlie Byrd on guitar. From the vaults of Everest.

PUENTE'S BEAT/HERMAN'S HEAT documents the collaboration of two great talents of 20th century music: Tito Puente and Woody Herman. Puente takes easily to Herman's swinging sound.
"Latin Flight" is a highlight, serving as a call to dance that even the most uptight can't ignore. Also noteworthy are "Tito Meets Woody," a swinging mambo, and "Cha-Cha Chick," a slow and sexy swinger. "Mambo Herd" is purely a vehicle for Puente to show off at the timbales, despite its being named after Herman, who is the real star here; it's the Herd's distinctive sound that defines this recording, despite the fact that Puente's touch has a great impact on the final sound.