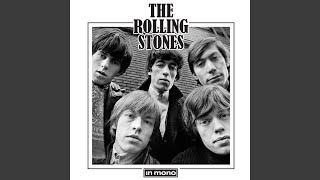 Have You Seen Your Mother, Baby, Standing In The Shadow? (Mono) (Music Video)

FLOWERS is a compilation of UK tracks and singles put together by Decca Records (UK) in 1967, including tracks that appeared on the English versions of AFTERMATH and BETWEEN THE BUTTONS.
The Rolling Stones: Mick Jagger (vocals); Brian Jones, Keith Richards (guitar, background vocals); Bill Wyman (bass); Charlie Watts (drums).
Audio Remasterers: Steve Rosenthal; Teri Landi.
This album represents a turning point for the Stones. Though they had not yet fully integrated the baroque aspirations of pop into their music, the flower-power influence had nonetheless begun to take root. While all the earlier elements of their sound are still firmly in place, in the folky "Backstreet Girl" and the relentlessly rocking "Let's Spend The Night Together," new sounds also crop up. Cuts like the woodwind-sweetened ballad "Ruby Tuesday" and the Middle Eastern-tinged "Mother's Little Helper" set the stage for the full-blown head-trip that would unveil itself later that year on THEIR SATANIC MAJESTIES REQUEST.

33%off
Taste
The Best of Taste (Featuring Rory Gallagher)
$11.98 on Sale
Add to Cart

The Rolling Stones
Their Satanic Majesties Request
$13.60
Add to Cart