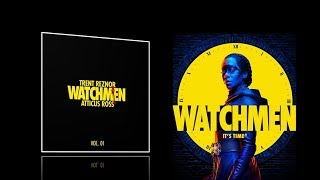 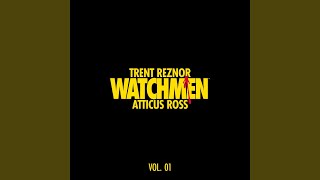 HOW THE WEST WAS REALLY WON (Music Video)

Personnel: Atticus Ross (programming); Trent Reznor (programming).
Audio Mixer: Atticus Ross.
Recording information: DC Comics; Warner Bros. Television.
Arrangers: Nick Chuba; Atticus Ross; Trent Reznor.
In 2019, the seminal graphic novel Watchmen was reimagined for HBO as a television series, with composers Trent Reznor & Atticus Ross in charge of crafting the show's ominous soundtrack. Split into three volumes, the score is some of the prolific pair's best material of the late 2010s, veering between their typically atmospheric, synth-heavy film/television compositions and songs so good they could be Nine Inch Nails tracks. Indeed, even though it's technically a soundtrack for Watchmen, this is the best NIN album in years. On Watchmen, Vol, 1, the best of the batch is "Nun with a Motherf*&*ing Gun," the urgent, driving theme of the show's main protagonist, Sister Night. That urgency is at the heart of Vol. 1, as the anxiety and tension are pushed to unbearably thrilling levels on additional pulse-pounding highlights like "Never Surrender" and the deathly cool one-two punch of "Objects in Mirror (Are Closer Than They Appear)" and "Kattle Battle." Dedicated fans will no doubt connect each track to various NIN eras, with echoes of the Still EP ("Orphans of Krypton"), The Fragile ("The Brick"), Ghosts ("Watch Over This Boy"), and the sax-friendly late-2010s period of Hesitation Marks and the EP trilogy ("Owl Hunts Rat"). Peppered with soundbytes from the show itself ("Garryowen," "American Promo Story," "Trigger Warning," and "Muller Time"), Watchmen, Vol. 1 presents a totally immersive world that not only bolsters the enjoyment of (roughly) the first half of the series, but also stands on its own as a stylish and thrilling listening experience. ~ Neil Z. Yeung