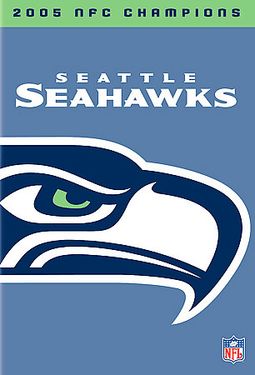 For nearly three decades the Seattle Seahawks were pro football's most anonymous team, tucked away in the Pacific Northwest, far removed from the media spotlight. But in 2005 the Seahawks could no longer be ignored. They posted the NFC's best record at 13-3 and led the league in scoring, enroute to their first-ever Super Bowl appearance. Team stars included league MVP Shaun Alexander, who led the NFL in rushing while punching in a record-shattering 28 touchdowns. Quarterback Matt Hasselbeck, fullback Mack Strong, and linemen Walter Jones, Steve Hutchinson and Robbie Tobeck were named to the Pro Bowl. On the other side of the ball rookie Lofa Tatupu was one of eight new starters on defense who transformed that unit into one of the league's finest. Here are all the highlights, from opening day right through Super Sunday -- the sights and sounds of every game in this special salute to the greatest season in Seahawks' history.

72%off
Giants: Stars of Tomorrow - Collegiate Highlights of the... (DVD)
$2.79 Super Savings
Add to Cart