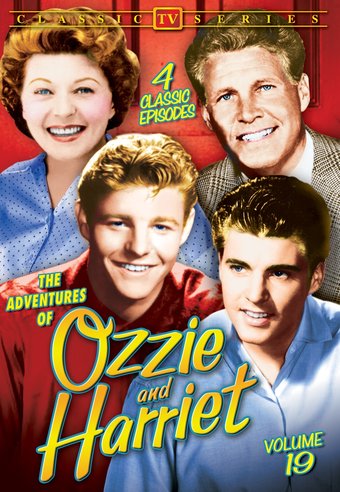 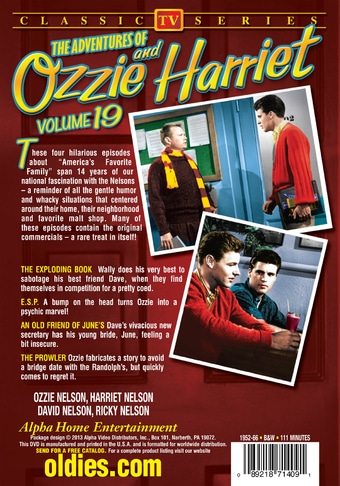 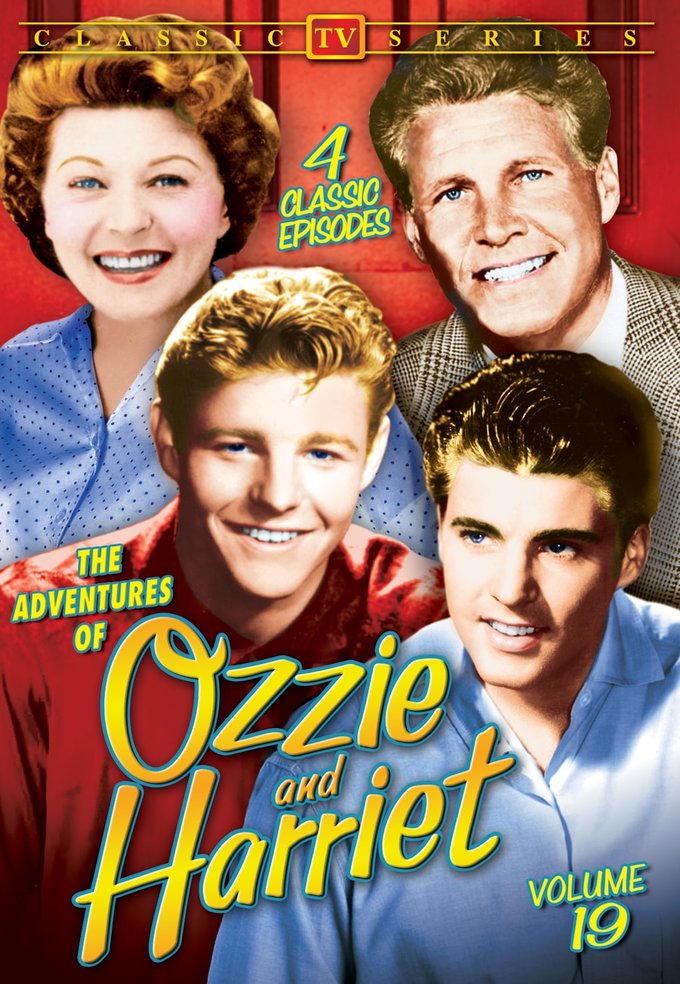 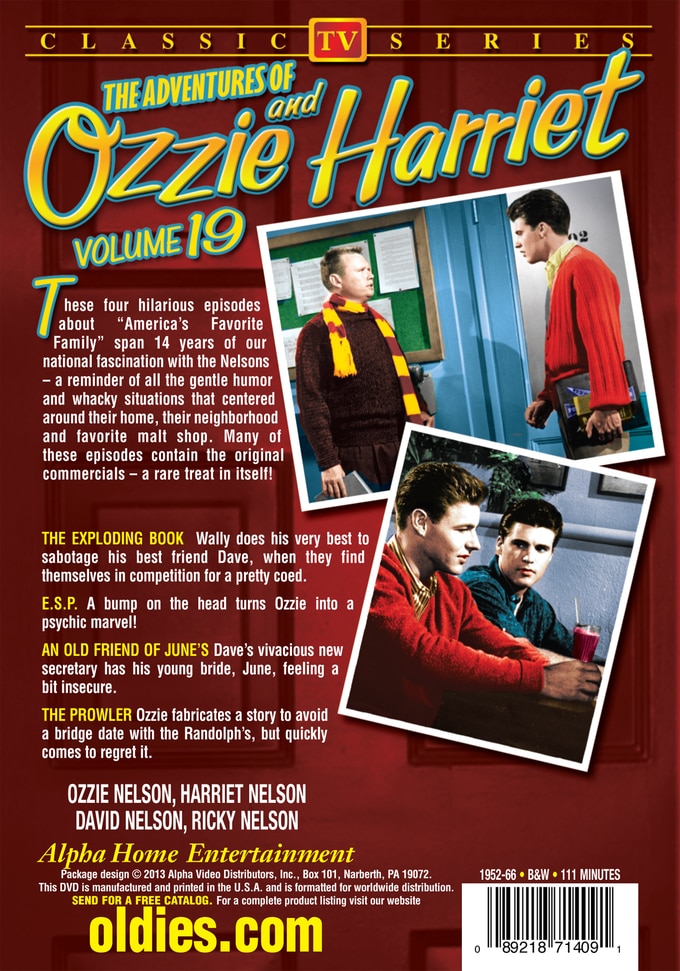 These four hilarious episodes about "America's Favorite Family" span 14 years of our national fascination with the Nelsons - a reminder of all the gentle humor and whacky situations that centered around their home, their neighborhood and favorite malt shop. Many of these episodes contain the original commercials - a rare treat in itself!

The Exploding Book: Wally does his very best to sabotage his best friend Dave, when they find themselves in competition for a pretty coed.

E.S.P.: A bump on the head turns Ozzie into a psychic marvel!

The Prowler: Ozzie fabricates a story to avoid a bridge date with the Randolph's, but quickly comes to regret it.