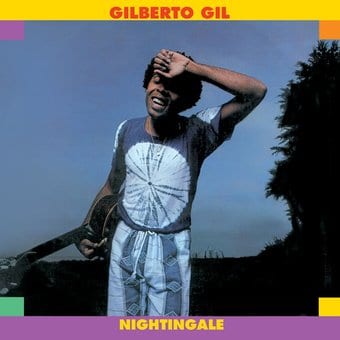 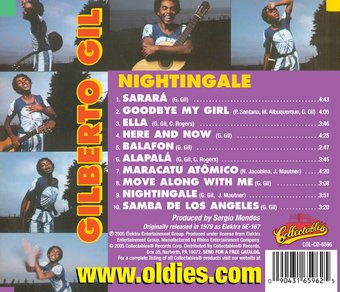 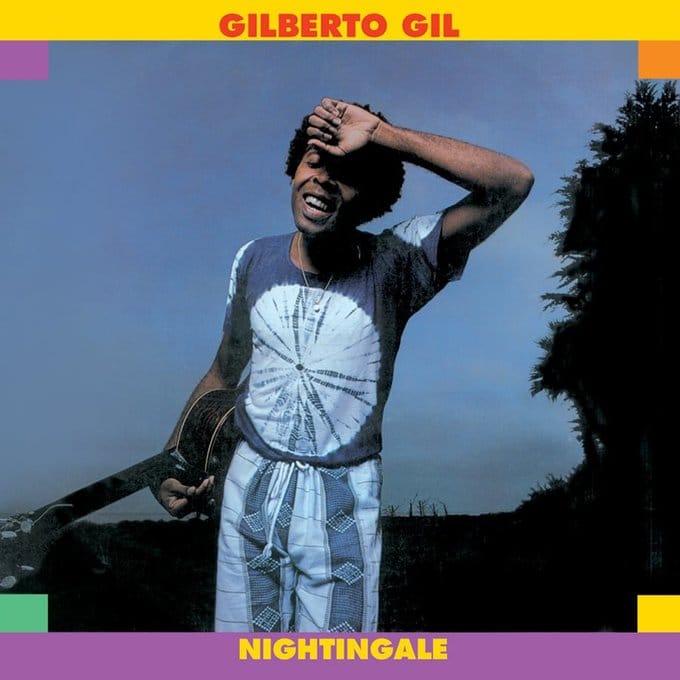 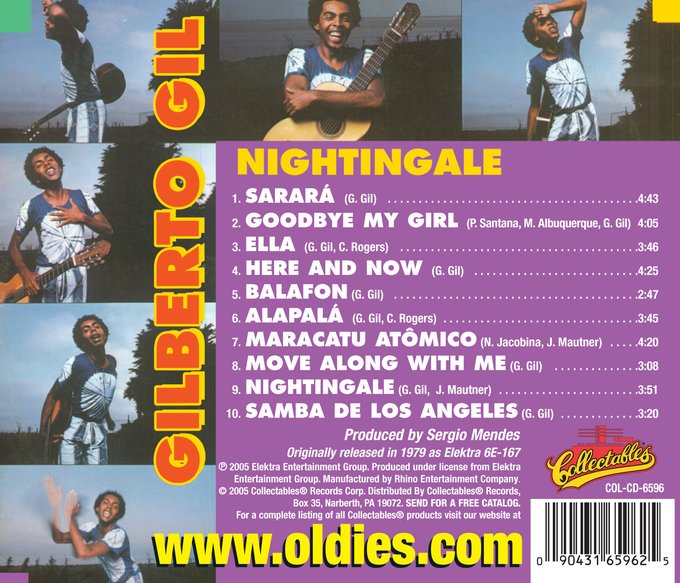 Personnel: Gilberto Gil (vocals, guitars).
Gilberto Gil spent much of the 1970s recording at home in Brazil and had one recording issued in America during that time. His first English-speaking record (which was simply self-titled) was issued by Phillips worldwide and briefly by Paramount in the United States. He signed to WEA International in 1977. This album is the first result of that pairing. Nightingale was recorded in Los Angeles with Sergio Mendes, Alex Acuna, Oscasr Castro Neves, and some crack American studio talent that included Don Gruisin and Michael Sembello. The music is polished, bright, and runs the gamut, from the calypso-flavored "Goodbye My Girl," sung in English, to the gorgeous, mid-tempo MPB ballad "Sarara," that opens the disc. Gil recorded a little less than half the set in English, but he sacrificed nothing else musically. His tribute to Ella Fitzgerald, "Ella," is a track Michael Franks would have killed to write and record. The slippery funk backbeat, electric pianos, and skittering backbeat rhythms are simply infectious. The album as a whole is seamless, so utterly happy and carefree it sounds effortless. Check "Alapal ," and the carnivale anthem "Balafon," which cooks with tropicalismo heat. Nightingale is a creative wonder chock full of ideas and fine songs that underscores the sheer inventiveness Gil produced. His ability to seamlessly work with other musicians and his willingness to incorporate differences into a sound thoroughly his own, is what has always set him apart. In 2006 the album was issued on CD in the United States by Collectables. ~ Thom Jurek

54%off
Dizzy Gillespie
Closer To The Source (CD)
$5.98 BLACK FRIDAY
Add to Cart