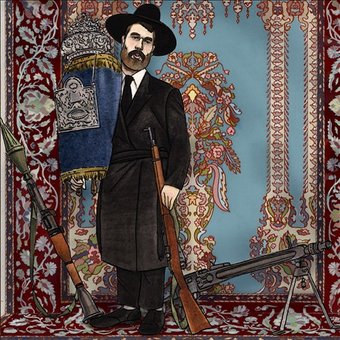 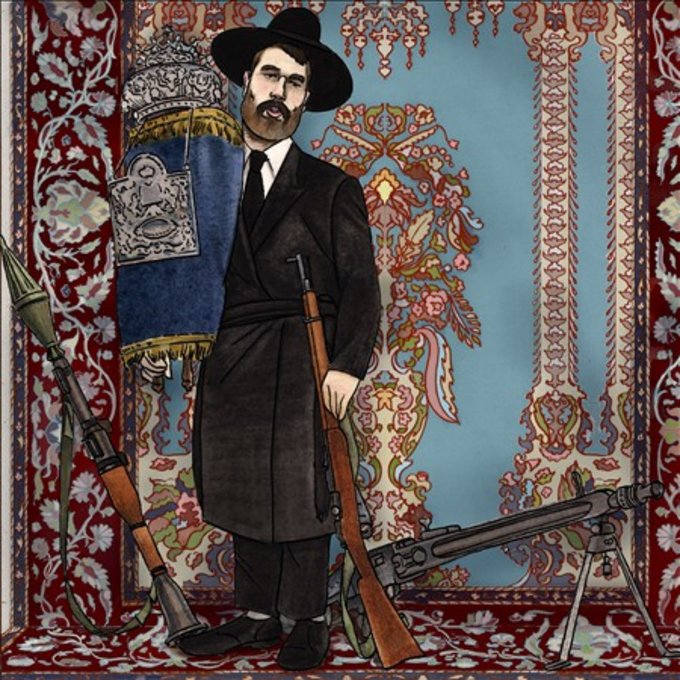 Lyricist: Max Bemis.
Personnel: Max Bemis (vocals); Jeremy Larson (strings); Reed Murray (drums).
Audio Mixer: Brad Wood .
Arranger: Max Bemis.
With five studio albums and a handful of EPs released as Say Anything, Max Bemis has spent plenty of time having his work and life picked apart by critics. On Hebrews, his sixth full-length with the pop-punk project, Bemis makes it clear that no one is more critical of his work than he is. Intense and personal, Bemis leads listeners on a guided tour of all his self-doubt and inner conflicts, harshly examining himself with brutal honesty as he declares "This is the tale of a bearded sloth who debases himself so they can get their rocks off" on "Judas Decapitation," a driving dance-punk number that delves into the struggles of being in a rock band and having to live your life in public. Sonically, the album is a departure from Say Anything's guitar-driven back catalog, with Bemis replacing the guitars on the album with string arrangements. When combined with the somewhat theatrical delivery, Hebrews feels more like a musical than a rock record. Interestingly, the album still has the driving pace of Say Anything's past work, but the use of strings focuses the energetic delivery toward the dramatic. In a lot of ways, the album feels a lot like Of Montreal's Hissing Fauna, Are You the Destroyer?, with Bemis mirroring Kevin Barnes, as they both made their most unflinchingly personal albums more or less on their own (albeit with some help from friends). And like that album, Hebrews feels like it's trying to draw a line in the sand, as if Bemis is telling listeners that things are never going to be the same. Given how fickle Bemis perceives some of his fans, changing up the formula so drastically is a bold move on his part, but it's one that ultimately pays off, making the album a creative high point capable of spawning enough critical debate to fuel a lifetime of Say Anything albums. ~ Gregory Heaney

Say Anything
All My Friends Are Enemies: Early Rarities (3-CD)
$26.80
Add to Cart

Say Anything
All My Friends Are Enemies: Early Rarities (3-CD)
$26.80
Add to Cart

15%off
Say Anything
Oliver Appropriate
$25.60
Add to Cart