The Hit Parade 1956: 25 Original Recordings by the Original Artists
by Various Artists 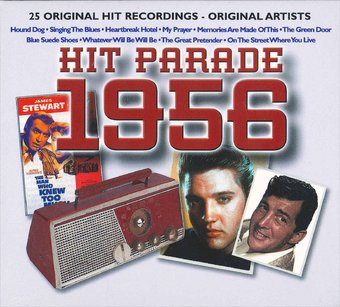 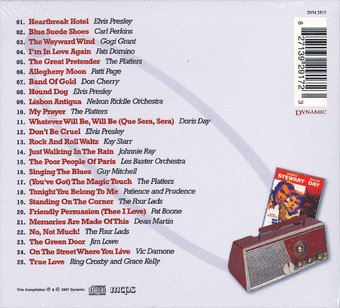 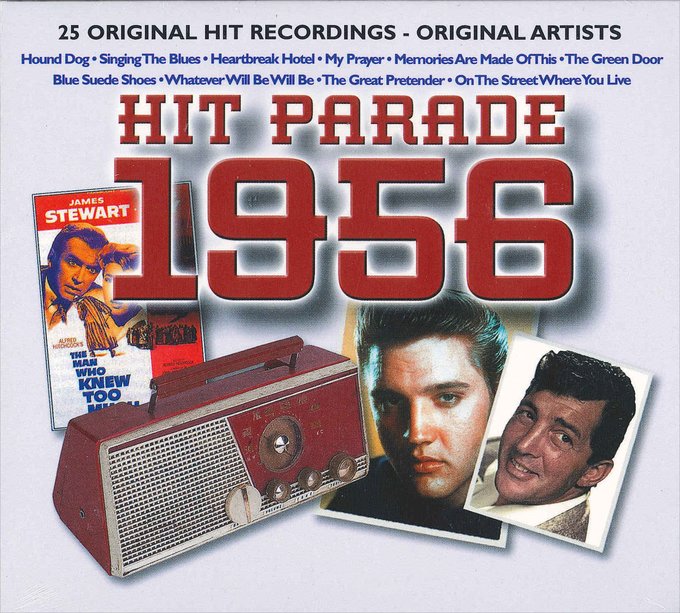 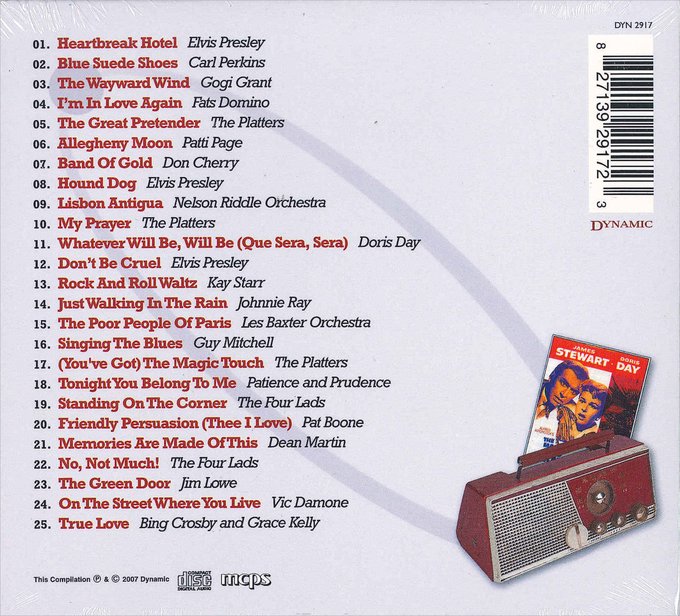 What a difference a year makes -- in 1954 and, a bit more, in 1955, rock & roll was starting to intrude on the sedate surroundings of popular music as it had been known in the first half of the 1950s. But this volume opens with Elvis Presley and Carl Perkins, and while Gogi Grant does get the third spot with "The Wayward Wind," the fourth is given to Fats Domino, and the fifth to the Platters -- and that's how a lot of this CD goes, the rock & rollers keeping their claim on space until the last eight songs, which is pretty much what was happening with radio and entertainment in general in the U.S. in 1956. Elvis rates three slots, the Platters three. It's all a strangely wonderful listening experience, if a little harrowing (if one really doesn't like rock & roll). And some folk influences show up as well, in a slightly veiled form, in the guise of Dean Martin (backed by the Easy Riders) on "Memories Are Made of This," in between such unique-to-the-era pop numbers as "Rock and Roll Waltz" by Kay Starr and a pair of instrumentals, "Lisbon Antigua" by the Nelson Riddle Orchestra and the effervescent "Poor People of Paris" by the Les Baxter Orchestra. Ultimately, the CD is delightfully schizophrenic, and all the more listenable for it. The sound, as one would expect and hope, is excellent, and, as is usual with this series, there is no annotation. ~ Bruce Eder