Quatermass and the Pit 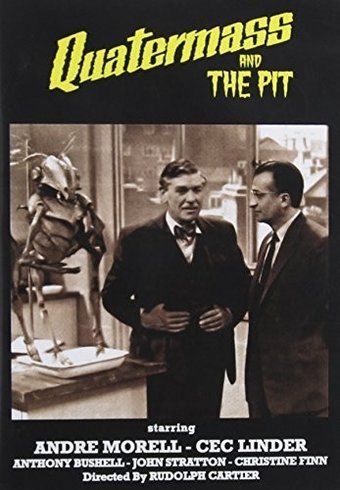 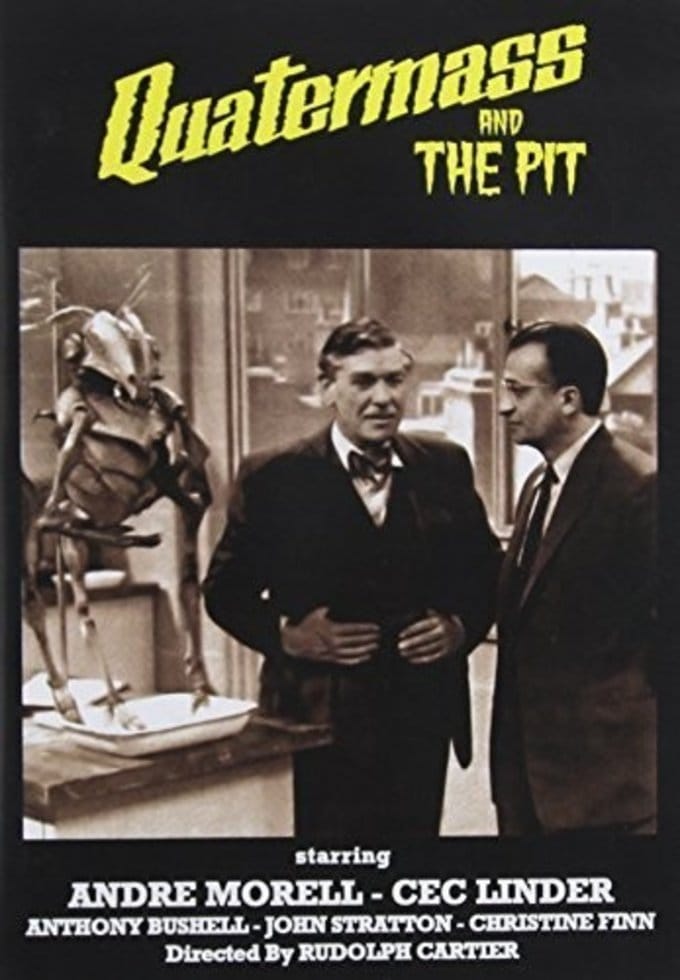 The original 1958 BBC television production of the last of Nigel Kneale's classic QUATERMASS scripts -- which is best known in association with the 1967 Hammer Films adaptation by Roy Ward Baker -- runs circles around the feature-film version. As with the other QUATERMASS serials, Kneale's original script goes a lot deeper into meanings, motivations, and consequences of the events depicted, as well as characterization and plot developments. That's understandable, as the producers had six episodes running over 30 minutes each in which to work, instead of the 98-minute running time of the movie. The result is a storyline in which the mystery is developed as much as the horror and science-fiction elements, and is worthy of Sherlock Holmes, one might add. An excavation for a London subway turns up mysterious skeletons, that are almost -- but not quite -- human. An investigation by Dr. Roney (Cec Linder), a paleontologist, reveals that these creatures had abnormally large brain cavities, much larger than was the norm for any known prehistoric proto-human species. There are other specimens as well, large insect-like creatures, and all were clustered around what seems to be a spacecraft buried at the same time as these skeletons, possibly as long as five million years. The unearthing of the space vehicle brings into the case England's greatest rocket expert, Professor Benard Quatermass (Andre Morell), who comes to believe from the evidence that the vehicle is from Mars, as were the insect-like beings. Even as Quatermass and Roney continue to investigate, they run up against resistance from government officials eager to avoid a panic, and from Quatermass' new superior, Colonel Breen (Anthony Bushell), a weapons expert who doesn't trust intellectuals or idealistic scientists, and wants to believe that the spaceship was part of a World War II Nazi hoax intended to raise hysteria among the public. Meanwhile, hysteria seems called for, as strange and potentially deadly manifestations of telekinetic power and other paranormal phenomenon start to overtake workers at the site of the excavation. Quatermass and Roney are convinced that some potentially catastrophic forces are being tampered with, but no one in the government will listen to them until it is too late, and all hell, literally, starts to break loose.

Sexpots From Space Double Feature: Voyage To The Planet of...
$6.98
Add to Cart