Joe Louis Walker Between a Rock and the Blues

Down Beat: 4 stars out of 5 -- "The blues ballad 'Hallways' carries such naked, devastating honesty about the pain caused by infidelity that his performance is absolutely stunning." 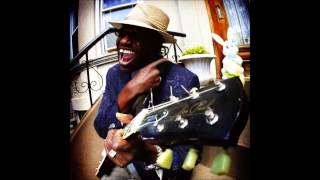 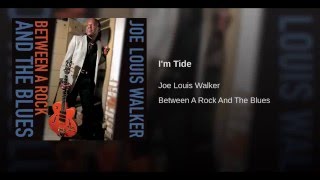 Down Beat - p.70
4 stars out of 5 -- "The blues ballad 'Hallways' carries such naked, devastating honesty about the pain caused by infidelity that his performance is absolutely stunning."
Living Blues - p.35
"[T]his new album, chock full of intensity and invention, provides ample proof that he still has plenty to offer."

Personnel: Joe Louis Walker (vocals, electric guitar, 12-string guitar, slide guitar); Sugar Ray Norcia (harp); Doug James (saxophone); Bruce Katz (piano, organ); Jesse Williams (acoustic bass, electric bass); Mark Teixeira (drums, percussion).
Audio Mixer: John Paul Gauthier.
Photographer: David L. Jones.
San Francisco blues guitar king Joe Louis Walker has been purveying his biting brand of West Coast blues since the '60s, with time off for good behavior, literally (he spent years going "straight" attending school and playing gospel). On BETWEEN A ROCK AND THE BLUES he manages to keep one foot in the L.A. blues he grew up on (T-Bone Walker, Lowell Fulson, et al.) and the other in a more modern sound, both in his songwriting and his impassioned fretwork. On the likes of "Eyes like a Cat" and "Way Too Expensive," Walker's seasoned band whips up a sassy, swinging, old-school jump blues feel, while "Tell Me Why" leans into a classic-sounding Chicago-style shuffle. Walker's voice, still lithe and clear at 58, rings out authoritatively over it all, and his concise, stinging guitar makes no apologies for asserting its dominion over all it surveys. An unplugged stab at Delta blues on "Send You Back" feels less convincing, but other cuts, such as "I'm Tide" and "If There's a Heaven," show off a crunchier, grittier, more rock-inflected guitar tone with a compositional sensibility to match. When Walker taps into this more modern-sounding mode, though, it's important to realize there's no pandering involved. Even though his roots go back way further, he didn't begin establishing his own sound as a solo recording artist until the '80s, so it's entirely natural for his style to have picked up some rock & roll attack along the way. Crucially, he never overdoes it, maintaining just the right balance between the understated and the in-your-face. He hasn't stopped growing as a songwriter either--Walker's original tunes dominate the album, and they reveal both a strict avoidance of lyrical blues tropes and a knack for deftly inserting thoughtful observations in between burning riffs and gut-level grooves.

Toronzo Cannon
The Preacher, the Politician or the Pimp
$17.20
Add to Cart

Joe Louis Walker
Journeys to the Heart of the Blues
$17.20
Add to Cart

Joe Louis Walker
Everybody Wants a Piece
$20.90
Add to Cart

Downchild Blues Band
It's Been So Long / Ready to Go
$14.90 Super Savings
Add to Cart