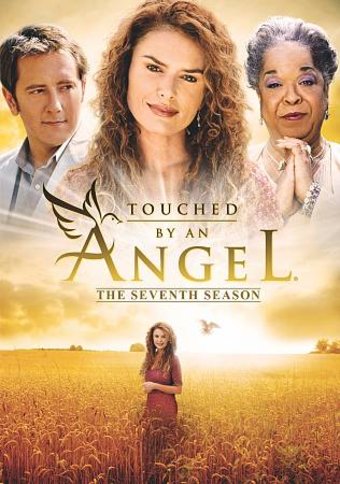 A trio of angels Monica (Roma Downey), Tess (Della Reese), and Andrew (John Dye) are dispatched from heaven with a special mission: to inspire people facing sometimes unseen crossroads in their lives. Monica, an angel who at times still needs some guidance with her earthly assignments, reports to Tess, her tough, wise and always loving supervisor. Also on hand is Andrew, who, in addition to his duties as the Angel of Death, now helps out as a caseworker on various assignments. Gloria, an angel for the 21st century, continues to seek guidance from Monica performing her angelic duties. While the angels may not bring solutions to every problem, they always deliver a message of hope.

This release contains all twenty-five episodes from the seventh season of the inspirational CBS drama series TOUCHED BY AN ANGEL, starring Roma Downey as a heavenly being who helps everyday people struggle with ethical and moral quandaries.