The Search for Our Beginning Could Lead to Our End. 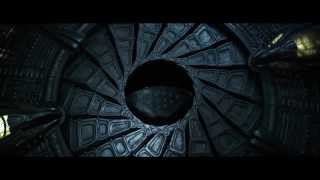 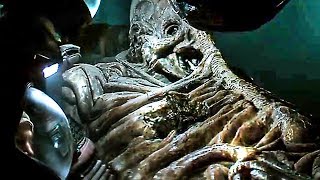 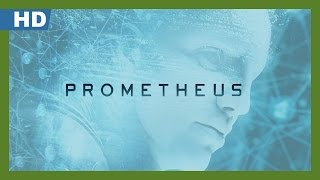 Introducing the David 8 - The Next Generation Weyland Robot (Featurette)

Anything and everything - Prometheus (Clip)

"I can handle this myself" - Prometheus (Clip)

But you don't understand - Prometheus (Clip)

"If you wanna get laid" - Prometheus (Clip)

"What is the atmosphere" - Prometheus (Clip)

Cut it off - Prometheus (Clip)

"Where the hell you going" - Prometheus (Clip)

"I didn't think you had it in you" - Prometheus (Clip)

"What are you doing David" - Prometheus (Clip)

How do you - Prometheus (Clip)

"Is that tobacco" - Prometheus (Clip)

Prometheus - 30 Years in the Making (Behind the Scenes)

A team of space explorers embarks on a fantastic voyage to the edge of the universe after making a profound discovery that hints at the true origins of the human race in this belated pseudo-prequel to director Ridley Scott's 1979 sci-fi classic ALIEN. Isle of Skye, Scotland: 2089. Archeologists Elizabeth Shaw (Noomi Rapace) and Charlie Holloway (Logan Marshall-Green) discover a cave drawing featuring a mysterious star pattern not found in our solar system. Upon comparing the image with similar other ones found at different archeological digs all over the planet, the pair realizes that they all match perfectly. They're convinced that the image is an invitation, and set out on a high tech Weyland Industries ship called Prometheus to - just maybe - unlock the mysteries of mankind's origins on Earth. Flash forward to Christmas Day, 2093. The crew of Prometheus awakens from stasis to learn they have arrived at their destination. With highly-intelligent android David (Michael Fassbinder) assisting the mission, and chilly Weyland representative Meredith Vickers (Charlize Theron) calling the shots, Captain Janet (Idris Elba) brings the ship down to the surface, landing next to a line of awe-inspiring structures that appear to have been built by intelligent beings. But when a small crew led by Elizabeth and Charlie explore the remote planet, the artifacts they find threaten to contradict everything mankind had been taught about its origins. But there's a secret in this chamber that's lain dormant for centuries, and now that it senses life, it finally sees an opportunity to escape. If it does, the trip that was supposed to answer al of our biggest questions about life could also be the one that seals the fate of every living creature on planet Earth.