Save the best piece for last. 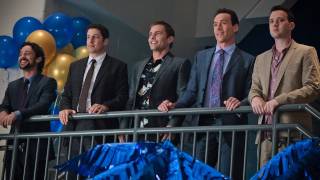 The AMERICAN PIE series comes full circle as the characters from the 1999 comedy classic return to East Great Falls for their ten-year high-school reunion and experience a weekend they will never forget. While some couples, like Jim (Jason Biggs) and Michelle (Alyson Hannigan), got serious and tied the knot, others, like Oz (Chris Klein) and Heather (Mena Suvari), went their separate ways. Meanwhile, Finch (Eddie Kaye Thomas) still looks back with lust at that perfect evening he spent with Stifler's mom. Seann William Scott, Tara Reid, Thomas Ian Nicholas, Shannon Elizabeth, Eugene Levy, and Natasha Lyonne co-star.