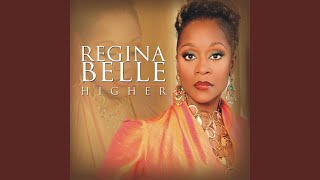 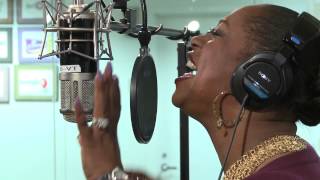 Audio Mixer: Paul Allen.
Recording information: Canvas Studios, Houston, TX; Millenni Era Studios; PA Systems; SGC Studios, Detroit, MI.
Photographer: Drexina Nelson.
Although Regina Belle is chiefly known for her urban R&B hits like "Baby Come to Me," "If I Could," and "Please Be Mine," she has her roots deep in gospel; studied trombone, tuba, and steel drums; and is a pretty fair songwriter as well. She was in the process of moving her career from secular pop to gospel, having released her first gospel album, Love Forever Shines, in 2008, when she was diagnosed with a brain tumor in 2009. Following several surgeries and a lengthy recovery period, she regained her health and recorded this second gospel album in Houston, Texas. Belle may not be tracking secular material any longer (she still features her secular hits in her live shows, where they fit comfortably with her newer gospel numbers), but she isn't afraid to use secular music touches from jazz, hip-hop, R&B, and soul in these tracks, creating an energetic and joyous urban pop gospel style that isn't too far removed in sound from her straight pop work. Everybody wins. ~ Steve Leggett

23%off
Regina Belle
Baby Come to Me: The Best of Regina Belle
$5.40 Super Savings
Add to Cart

The Canton Spirituals
Gospel Hits: Nothing But The Hits
$8.20
Add to Cart
(3)