You have the right to remain silent. Forever. 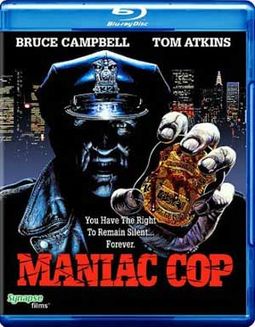 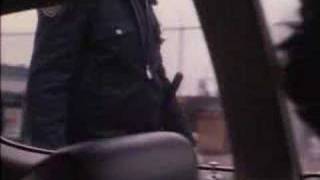 In New York, a man in a cop's uniform starts killing people for no apparent reason.

When a series of brutal murders are said to be committed by a cop, the populace panics.

A demented policeman -- or somebody dressed just like a cop -- is murdering people throughout New York City. Lt. McCrae has been assigned the job of tracking down the maniac. Then, another officer, Jack Forrest, gets framed for the killings. He and his girlfriend, vice cop Theresa Mallory, try to clear his name and find the real murderer.
Will they catch the fiend or become his next victims'