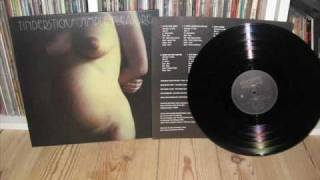 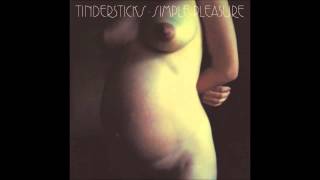 With a title like Simple Pleasure and songs like the disarmingly up-tempo opener "Can We Start Again?," at first listen Tindersticks' fourth proper album seems buoyed by a guarded optimism totally absent from previous outings; dig deeper, however, and it's all a come-on -- frontman Stuart Staples still inhabits a netherworld where nothing is ever simple, pleasure is an illusion, and starting again merely means making the same mistakes yet one more time. Nothing truly changes, which has been Tindersticks' point all along, of course -- hopes are still meant to be dashed and hearts still meant to be broken, and Simple Pleasure is neither the time nor the place to begin pretending otherwise. Staples' songs remain the very essence of romantic despair, stunning in their funereal beauty and devastating in their tormented desperation; likewise, much of the record prowls familiar musical ground, although "Before You Close Your Eyes," "I Know That Loving," and the closing "CF GF" all draw heavily on long-simmering soul and gospel influences, while the disc's highlight, the achingly gorgeous "If You're Looking for a Way Out," transforms Odyssey's 1980 disco hit into a ballad of surprising tenderness. That same tenderness colors much of Simple Pleasure, in fact, making it not only Tindersticks' most giving record, but also their most poignant, revealing a vulnerability even the bravest face can't mask. ~ Jason Ankeny

Spiritualized
And Nothing Hurt
$14.50
Add to Cart

Tindersticks
No Treasure But Hope
$15.40
Add to Cart

Tindersticks
The Something Rain
$14.50
Add to Cart

Tindersticks
Falling Down a Mountain
$14.50
Add to Cart