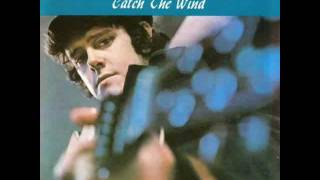 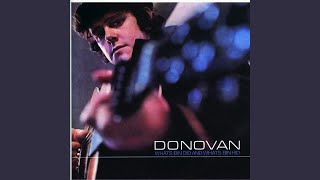 Personnel: Donovan (vocals, acoustic guitar, harmonica); Gypsy Dave (kazoo); Brian Looking (bass); Skip Alan (drummer).
Includes liner notes by Lorne Murdoch.
All tracks have been digitally remastered.
The Donovan most people are familiar with is the cosmic flower child who gave us such hits as "Sunshine Superman" and "Mellow Yellow." But in 1965, Donovan's music was in a much different stage of development. As heard on his first full-length album WHAT'S BIN DID AND WHAT'S BIN DID, Donovan's early sound was a very basic folk-revival approach heavily influenced by the likes of Woody Guthrie (whose "Car Car" is here), Ramblin' Jack Elliott (who had became something of a cult figure in the UK), and of course, Bob Dylan, to whom the young Donovan was compared ad nauseam by the British press.
Straight-ahead folkie tunes such as "Josie" and "Remember the Alamo" rub shoulders with the jug-band blues "Keep on Truckin'" and the downbeat, jazzy "Cuttin' Out." The best-known song here is "Catch the Wind," a romantic ballad that became one of Donovan's early staples. While the youthful singer-songwriter sounds confident and impressive here, this was but the first chapter of a story that would take some interesting twists and turns over the course of the next few years.