Hamilton Leithauser I Had a Dream That You Were Mine

Get email alerts for Hamilton Leithauser
Currently Out of Stock: We'll get more as soon as possible
Notify Me When Available
Add to Wishlist
Format:  CD
sku:  6CRX9
Related products:
Lana Del Rey: NFR! for $16.19
Our customers love us! 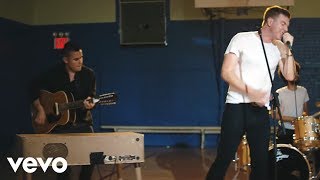 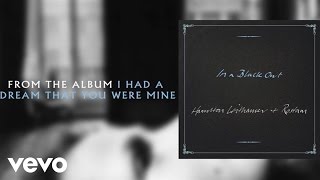 Magnet
"Hamilton Leithauser and Rostam Batmanglij make like Danny Ocean and Rusty Ryan on this Las Vegas-lit West Side story, all deathly stylish cufflinks and vertiginous white collars, licking their wounds between jobs in the lounge."
NME (Magazine)
"'Sick As A Dog' is a shuffling, mournful, tender glam-rock song that often just pairs Hamilton's croon with roomy drums with thrilling simplicity."
Paste (magazine) - "The 10 tracks on I HAD A DREAM THAT YOU WERE MINE use small signposts that point to music of the past without fully devolving into pure pastiche."
Pitchfork (Website) - "Together, Leithauser and Batmanglij work their way through nearly seven decades of musical history...but they also don't forget who they are in the process: one of '00s indie rock's most charismatic singers, alongside one of its most creative songwriter-producers."
Clash (Magazine) - "It's a collaboration that works as there's a sense of longing for the past from both parties, be it lyrically throughout from Leithauser, or musically in the retro styling brought by Rostam. A solid debut..."

Audio Mixer: Rostam Batmanglij.
Recording information: A Farm House in Amagansett, NY; Echo Park House Studios, Los Angeles, CA; Heavy Duty Studios, Los Angeles, CA; Treefort Studios, Brooklyn, NY; Vox Recording Studios, Los Angeles, CA.
Pairing members of two of the most celebrated indie bands of the 2000s and 2010s, Hamilton Leithauser and Rostam's I Had a Dream That You Were Mine was a collaboration long in the making. The duo initially met in the late 2000s when Vampire Weekend opened for the Walkmen, and though Rostam worked on some of Leithauser's solo debut, Black Hours, it's easy to hear why they opted to share the billing this time around. Rostam brings as much of his aesthetic to these songs as Leithauser does, and it's possible to hear bits of Vampire Weekend's precise pop and surprising flourishes as well as the Walkmen's rousing and rollicking sides on each track. Both are well represented by I Had a Dream's opening and closing songs, which telegraph their yearning with the twinkling pianos that were a Walkmen staple: "A 1000 Times" uses them to welcome new love, while "1959" -- which also features Angel Deradoorian's otherworldly vocals -- uses them to evoke an old one. There's an almost surreal quality to the album's arrangements that adds to its feeling of being surrounded, and transported, by dreams and memories: as it moves from banjos to rolling pianos, "Peaceful Morning" sounds like it begins in the countryside and ends in a bar; similarly, the poignant sketch "The Bride's Dad" boasts a melody that could be a hymn or a drinking song and builds to almost comic grandeur. Both Vampire Weekend and the Walkmen were masters of creative nostalgia, and Leithauser and Rostam take their flair for reimagining classic sounds with postmodern glee to new levels on I Had a Dream That You Were Mine. The pair uses hints of Dylan's The Basement Tapes, Harry Nilsson (in hindsight, the Walkmen's cover of his album Pussy Cats ended up being a pivotal moment in their career), and doo wop in audacious and inspired ways. The "sha-dooby" backing vocals that pepper "Rough Going" could easily sound corny, yet they're as charming here as the ghostly nod to the Flamingos' "I Only Have Eyes for You" is on "When the Truth Is...." This juxtaposition of old and new feels much more natural than it did on Black Hours, and taps into Leithauser's emotive powers fully. There's something moving about how he repeats "I use the same voice I always have" on "Sick as a Dog," a feeling that's echoed on "In a Black Out," a song Leithauser originally wrote for the Walkmen but blossoms on I Had a Dream's more intimate approach. It would be easy to say that I Had a Dream That You Were Mine rivals Rostam and Leithauser's past work, but it's better to say that it's the beginning of a great partnership. ~ Heather Phares