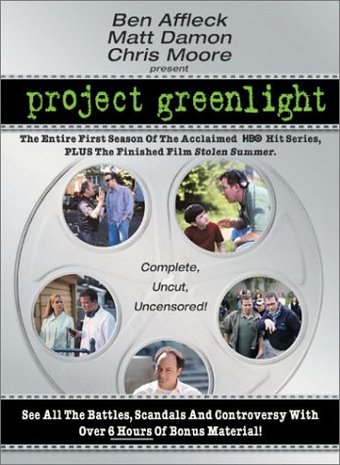 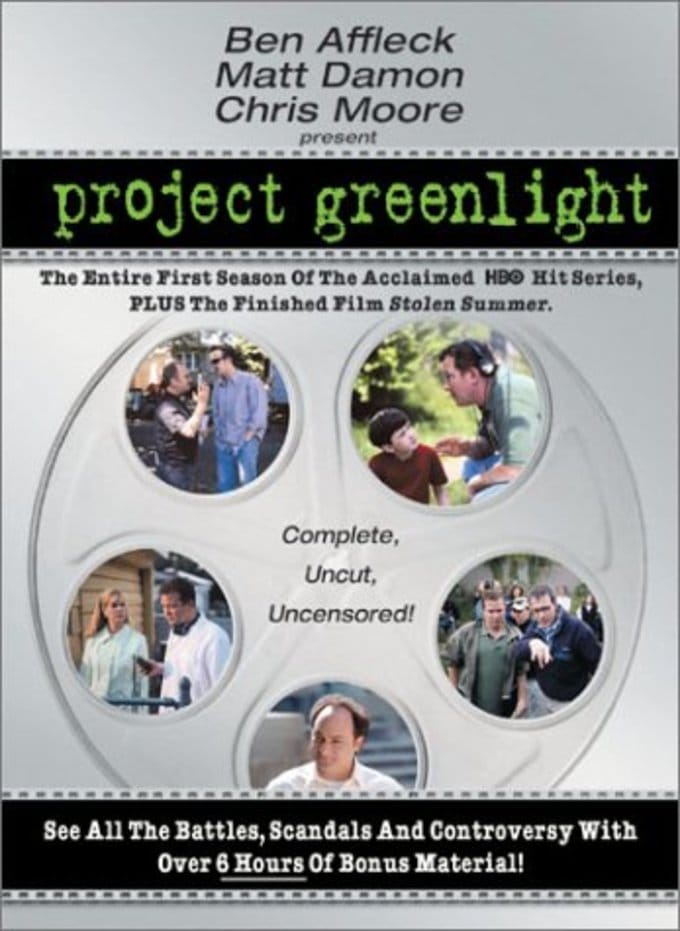 PROJECT GREENLIGHT is a 13-part HBO series that began when Ben Affleck and Matt Damon sponsored an internet competition among unknown screenwriters. Vowing to produce one film with the resources Miramax films put at their disposal, Mr. Affleck and Mr. Damon weeded through 10,000 screenplay entries and, along with some other Miramax producers, decided to give the greenlight to Pete Jones' STOLEN SUMMER. The majority of the series depicts Mr. Jones' trials and travails working with a cast, crew, and budget for the first time, which proves to be far more difficult than he could have imagined. The series is a joy to watch. It's a SURVIVOR for the fledgling filmmaker, though some of Mr. Jones cast and crew are far more treacherous and engaging than anyone on that show. A dramatic, compelling, and funny look at the making of a low budget studio film, PROJECT GREENLIGHT is not only an excellent television series, it's also a great primer for anyone interested in making their own movie. This boxed set includes Pete Jones's finished feature, STOLEN SUMMER.