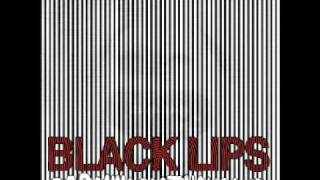 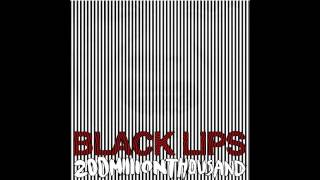 Originally released in 2009 and never available on vinyl in the US.

On the Black Lips' fifth studio album, 2009's 200 Million Thousand, not much has changed on the surface. Maybe they are a little more together, more focused and tight, but they still have enough ramshackle swagger and loose-as-a-goose sleaze to go around and have enough for seconds. They still pick the bones of garage rock clean, sounding like they should be leading off side two of a Back from the Grave comp or at the very least a highlight of a Pebbles volume. They still sing about the insane life they appear to lead at all times (check their travails in India at the beginning of 2009) and do a convincing job of sounding completely debauched and bromantic ("I'll Be with You" is an amazing ode to a buddy) without coming off as foolish. While nothing on 200 Million is quite as catchy as Good Bad Not Evil's "Veni Vidi Vici," there are plenty of songs that rate with their best, including the rollicking "Drugs," the cover of Iggy Pop's "Again & Again" (a song from his days playing with the Iguanas in the '60s), the storming rocker "Take My Heart," and best of all, the folk-rock jangler "Starting Over," which features charmingly sloppy lead and background vocals and surprisingly sober lyrics which talk of re-forming their wanton ways. On these songs their formula of raw sound and hooky melodies works perfectly, the album only flags a little when the band tries to get spooky and "deep" and when they cut the tempos to a crawl. Songs like "Trapped in a Basement" and "The Drop I Hold" are decent enough but don't play to the band's strengths, and the sound collage/spoken word "I Saw God," which ends the album with a big fat slap of weirdness, is too arty for its own good. These more serious songs that dot the album's track list (and threaten to sink the album near the end) bring up an important point about the Black Lips. It seems kind of unfair to say it, but if they ever mature, they will almost instantly cease to be any good. You come to them looking for cheap thrills and easy kicks, looking for a band to soundtrack the times in your life when you don't give a damn and want to break a beer bottle over your head. 200 Million Thousand provides a fair share of these moments, and because of that you can say the album succeeds. It just could use a little more teenage head and a little less brains. ~ Tim Sendra