NME (Magazine): 4 stars out of 5 -- "The record is bustling with new ideas and golden old ones, and it's fitting that these Atlanta outlaws have once again stayed true to their original rabble-rousing vision." 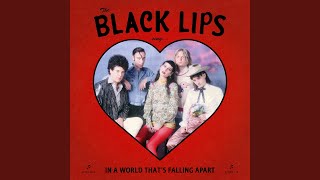 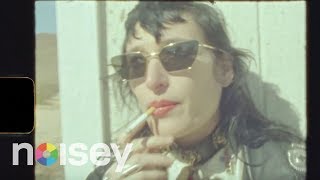 NME (Magazine)
4 stars out of 5 -- "The record is bustling with new ideas and golden old ones, and it's fitting that these Atlanta outlaws have once again stayed true to their original rabble-rousing vision."

Audio Mixer: Nic Jodoin.
Photographer: Dani Pujalte.
In a 1973 interview, exploitation film pioneer Herschell Gordon Lewis decried the rise of the then-novel phenomenon of hardcore porn movies, saying, "After you've shown all the aberrations, what do you do next?" The Black Lips have never ventured into the adult film industry, but a look at their catalog suggests they would commiserate with Lewis. The band's defining blend of garage punk sleaze and pseudo-psychedelic murk reached its peak on 2005's Let It Bloom and 2007's Good Bad Not Evil, and though they've made some good albums since then, their efforts to refine their sound and obsessions into fresher territory on 2011's Arabia Mountain and 2014's Underneath the Rainbow haven't been entirely successful. In search of new fields to conquer, the Black Lips take a detour into fractured country music on their ninth studio album, 2020's Sing in a World That's Falling Apart. Anyone who fears the Black Lips are aiming to join Dan + Shay, Blake Shelton, or Jason Aldean on the C&W charts can relax; despite the abundant twang in these songs and the frequent appearance of steel guitar, this is just as eccentric as you would expect from the Black Lips, a seriously bent collection of country tropes broke to bits, reassembled, and filtered through a haze of cheap liquor and lord knows what else. As a change of pace and/or a new musical direction, Sing in a World That's Falling Apart is more successful than most folks familiar with their back catalog would expect. The band sound unexpectedly comfortable with the lope of classic country, and while the credits are unclear about who played the steel licks on these tracks, whoever did them knows what to do. When they want to, the Black Lips can write a decent country melody, like "Chainsaw" and "Georgia," and they build up a good head of steam on the rollicking "Angola Rodeo" and "Dishonest Men." They tackle the ultra-rare Velvet Underground number "Get It on Time," and "Hooker Jon" is certainly recommended to fans of Peter Grudzien. As one might expect, a great deal of Sing in a World That's Falling Apart is being played for laughs, either in broad strokes or with tongue in cheek, and it's ultimately a matter of taste about how many chuckles you'll get from this. But it's commendable that the Black Lips are trying to find new things to do after 20 years of balancing order and chaos, and while no one should suggest they take any long-term bookings on the honky tonk circuit, if someone wanted to do an indie remake of Herschell Gordon Lewis' Two Thousand Maniacs, this version of the Black Lips might be the right guys to play the musicians. ~ Mark Deming

69%off
The Charms
Strange Magic
$5
Add to Cart