Broken Social Scene You Forgot It In People

Spin: "[This collective] specializes in optimistic, ambient indie rock that floats between the bubble bath and the deep blue sea..." - Rating: B+

Get email alerts for Broken Social Scene
108 ratings
Out of Print: Future availability is unknown
Notify Me When Available
Add to Wishlist
Format:  Vinyl LP  (2 Records)
sku:  6C648
92% recommend us! 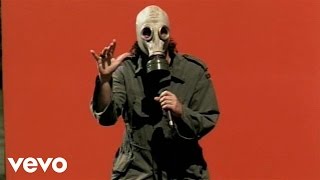 Broken Social Scene: Kevin Drew, Brendan Canning, Jason Collett, Andrew Whiteman, Charles Spearin, John Crossingham, Emily Haines, Evan Cranley, James Shaw, Leslie Feist, Justin Peroff.
Recording information: Stars and Suns, Toronto.
Nothing less than an indie-rock milestone, this is what happens when a number of musicians from the Canadian post-rock scene (including members of Godspeed You Black Emperor, A Silver Mt. Zion, and Do Make Say Think) abandon their extended-jam conceptualizing in favor of short, optimistic, pop-oriented songs. Things start out in a jazzy, bass-heavy space before morphing into "KC Accidental," a guitar-layered track that sounds like the Allman Brothers covering Sonic Youth's "Teenage Riot." Catchy hooks triplicate alongside hand clapping, fuzz guitar, and Brendan Canning's whispered vocals on "Stars and Sons," while the mellow, acoustic "Looks Just Like the Sun" gives way to the twangy neo-Tropicalia and cockeyed (but uplifting and cohesive) experimentalism of "Pacific Theme."
Emily Haines (of the Metrics) lends a vocal to "Anthems for a Seventeen Year-Old Girl," which ends in a roundelay of swirling violins and banjo. "Cause = Time" is an even more tuneful brother to "Stars and Sons" that's so good, by the time the mournful, gorgeous "Lover's Spit" comes up one might be too satisfied to appreciate its obscene levels of craftsmanship. For a band with so many members, Broken Social Scene creates a remarkably spacious and well-orchestrated atmosphere on YOU FORGOT IT IN PEOPLE.