Get email alerts for Bruce Cockburn
Currently Out of Stock: We'll get more as soon as possible
Notify Me When Available
Add to Wishlist
Format:  Vinyl LP
item number:  TND 0031
Our customers love us! 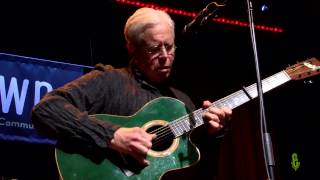 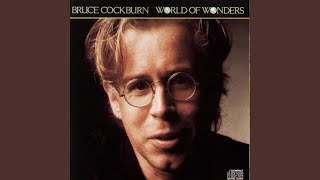 Personnel: Bruce Cockburn (vocals, guitar, charango); Hugh Marsh (violin); Michael Alan White (trumpet, flugelhorn, conch); Jon Goldsmith (keyboards); Fergus Jemison Marsh (bass, stick); Michael Sloski (drums); Chi Sharpe (percussion); Judy Cade, Sharon Lee Williams, Shawn Jackson, Colina Phillipls, Kerry Crawford (background vocals).
Recorded at Manta Sound, Toronto, Canada in October & November 1985.
It's doubtful that there are many major-label performers who share Bruce Cockburn's knowledge of global politics and events, and few, if any, have the ability and/or conviction to convey it so eloquently over the majority of an album. The aptly titled World of Wonders, his 14th studio release, does just that, expanding the worldview of its predecessor Stealing Fire. Whereas that record's best moments centered around his time in Central America, World of Wonders takes you across the globe, through Berlin, Chile, parts of the Caribbean, and North America. Along the way, Cockburn, who has always been intrigued by life's contradictions, is both "dazzled... at this world of wonders" and troubled, "...when life isn't so sweet." Musically and lyrically, though, he's always been known for his serious bent; Cockburn can be as warm and inviting as he can be haunting or ominous. But while there are moments that will appeal to even the unconverted, there are times when the casual listener may feel a bit overwhelmed by his intense poetry or put off by the overt political leanings of much of the album. Still, how many artists could write a song decrying the evils of the International Monetary Fund ("Call It Democracy"), complete with expletive, and make it spirited enough to be released as a single, or pen a love song ("See How I Miss You") that contains references to "secret police" and reading a "psychopath's" magazine? Bruce Cockburn is a complex artist writing about complex times, and World of Wonders does a good job of capturing that. ~ Brett Hartenbach

Bruce Cockburn
You Pay Your Money And You Take Your Chance (Live)
$15.40
Add to Cart

73%off
Bruce Cockburn
World of Wonders
$2.98 on Sale
Add to Cart